For centuries the waters of Poopó served the Uru Murato community – as they disappeared many left. The World Food Programme is assisting those who stayed on
10 November 2022, Elio Rujano, Simona Beltrami
Bolivia (Plurinational State of)

Germán Choque stands in the middle of a vast, salty expanse that used to be a lake. For centuries it’s been a source of food for his community and nourishment for its land.

There is perhaps a hint of disbelief in his eyes, half-expecting to be woken from a nightmare, as he looks around this almost lunar terrain he cannot get used to.

Even the humans behaved themselves, respecting nature in a way that global industry never has – the Uru Murato people are being punished for crimes they did not commit. It’s a story that is sadly all too familiar for indigenous communities the world over.

Don Germán, as he is known, still lives in Llapallapani, on what used to be the shores of the lake – which through a river is linked to the larger Titicaca, straddling Bolivia’s border with Peru in the Andes.

Some of the water has come back but it’s not enough for the Uru people. This is the home of qhas qot zoñi – "men of water" whose families survived on the fish and waterfowl they found in the lake.

Now, their very survival is at risk. And the lake is not the only victim of a changing climate. Traditional crops such as quinoa and potato are also affected.

“Just as the quinoa and potato are about to sprout, frost comes and we lose everything,” says Don Germán. “We never used to get frost here, now it’s every night. The climate is not what it used to be.”

With traditional sources of income destroyed by the ripple effects of the climate crisis, community members have started to migrate, looking for a better life elsewhere in the country or even abroad – many go to Chile.

To mitigate the effects of weather extremes, the World Food Programme (WFP) is starting a project to support the Uru people. Chosen by community members themselves, its activities aim to make water more available to support the cultivation of fresh vegetables, as well as the rearing of farm animals

Families will build systems to harness rainwater to service their homes and schools – they’ll dig canals and build irrigation systems as well as fishing ponds, water troughs and greenhouses. As local women have increasingly taken up handicrafts to help bring food to the table, WFP will support them in setting up workshops and connecting them to markets.

While WFP’s project is helping the Urus weather an increasingly capricious climate, Don Germán watches out for signs of hope.

“I believe that in three or four months the rain will come and there will be water in the lake,” he says.

How can he be so sure? “The birds know,” he says, recalling his grandfather’s wisdom: “If the waterfowl build their nests up high, it will rain. If they build them lower down, there will be drought.”

And it’s not just waterfowl. The behaviour of flamingoes can predict a good quinoa harvest. “When they all huddle and move together to protect themselves from the wind, it means there will be lots of quinoa,” says Don Germán.

This wisdom comes from Cochamama (mother water), to whom local communities give offerings such as sweets and coca leaves every year. “We give her gifts and she gives us rain and abundant water,” he explains.

Coupled with the new techniques brought by WFP, the Uru’s age-old knowledge of their natural environment will help guide their actions to adapt to their new reality – until lake Poopó comes back again, as Don Germán believes it will. 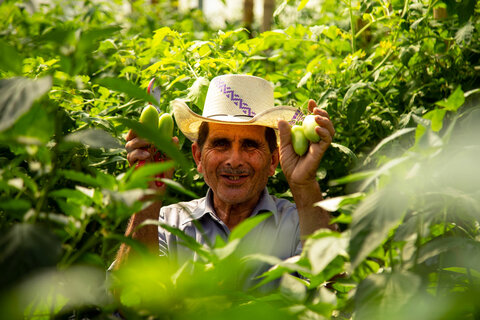 Desertification and drought: In El Salvador ‘green gold’ takes on the Dry Corridor 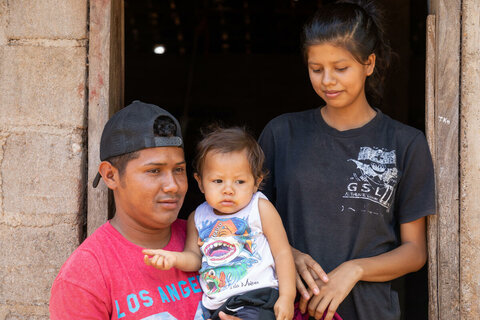