Choosing to challenge: Women of the World Food Programme 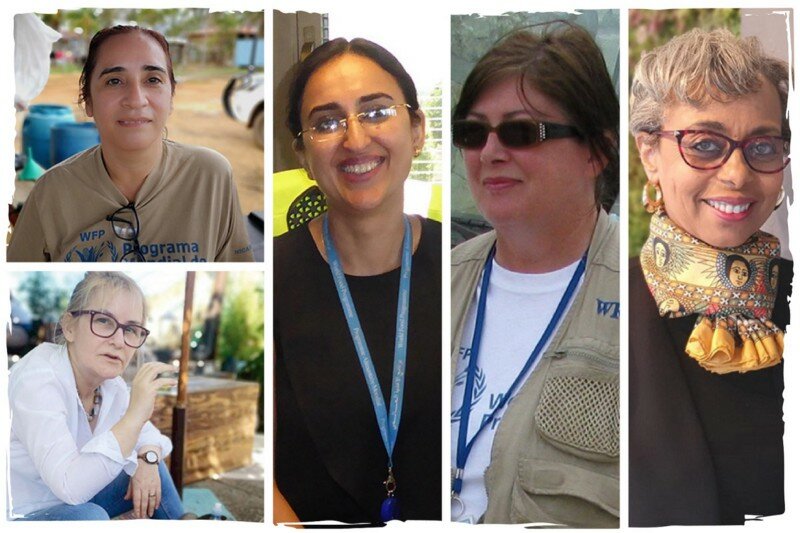 They come from a variety of backgrounds and have overcome a variety of obstacles, but the five voices below share a message: Yes we can.

‘Three decades ago, when I would go into a meeting, I was the only woman’ — Konjit Kidane, Chief of Procurement

At the beginning of the 1990s, I was working for an NGO in my home country of Ethiopia. The World Food Programme (WFP) was expanding its logistics operations in the country at the time, so I went for an interview and was given a temporary assignment and that’s how my journey with WFP started. Since then I’ve worked everywhere from Iraq to Tanzania, Afghanistan, Uganda, Sudan, Pakistan, South Sudan, Kenya, and now Rome.

Logistics is a demanding but highly satisfying job. Logs operations are all about good planning and considering all possible scenarios. When you oversee an operation, at any given time there are ships sailing, trucks moving, warehouses being stocked, planes making food drops  —  there is never a dull moment! In my current role overseeing WFP’s procurement, I can use my planning skills and WFP’s purchasing power to make long-term impact and partly address the root causes of hunger and malnutrition in the 88 countries we operate in.

Three decades ago, when I would go into a meeting, I was the only woman. Often the assumption was that I was there to take meeting notes. It’s changed a lot since then but I’d still like to see more women in managerial positions.

Young women need to understand that there is nothing better they can do for their daughters than to take bold career steps now —  that’s how they can shape their future. I’ve made sacrifices to have the career I have but I’ve thankfully been supported by my husband, children and colleagues, including male colleagues who championed me. What makes it all worthwhile though is being able to help people in need. Every time I go to WFP distribution sites where people are lining up to receive food, I realize my life has purpose and my work is not in vain.

I began my career with WFP in 2005, supporting aviation contracting in response to the Pakistan earthquake. Since then I’ve been based in Liberia, Sudan, South Sudan, Afghanistan, Italy and I’m now in Chad as the Chief Air Transport Officer for the WFP-managed United Nations Humanitarian Air Service here. Before joining WFP, I worked in commercial aviation. What led me to WFP was my passion for aviation  —  doing it for the purpose of saving lives is irresistible.

Aviation is a dynamic, exciting, ever-changing industry. Every bit of my job is my favourite, whether an early-morning despatch watching the most beautiful sunrise, responding to a medical evacuation request in a matter of hours, engaging with authorities to obtain a permit for a late flight request, or mentoring and coaching colleagues and seeing them achieve. Our work enables us to meet the kindest people in the most challenging locations and their resilience, hope and smiles never fail to amaze me. Even more important is the community we all serve — those women, men, boys and girls that need assistance to live a dignified life — one that is worth dedicating an entire lifetime to.

Women continue to be underrepresented in many areas of aviation. making up less than 10 percent of pilots, maintenance technicians and airline executives. I envisaged the same trend when I joined WFP but we have progressed extremely well and I do believe gender parity is much higher now than in 2005.

To women looking at a career in aviation, I say be fearlessly determined and aspire for the skies! If you truly believe in your potential, no activity is beyond you.”

‘Whatever you want you can achieve’ — Ada Velásquez, Logistics Assistant

I joined WFP in 1998 after hurricane Mitch hit Nicaragua. Initially, I came in to develop a warehouse food control management system but since then, I’ve worked across a number of different roles both in the regional bureau for Latin America and in the Nicaragua country office. Now I’m in charge of the registration and control of food items. Most recently I worked on the responses to hurricanes Eta and Iota that hit Central America late last year as part of the team deployed to the most affected areas.

I love seeing the results of the work we do. The motto “saving lives, changing lives” turns into reality when you see the faces of the children that receive school meals or when you see the families in need who receive a friendly hand that will help them change their lives for the better. Even though I’ve been in WFP for such a long time, every day is different and challenging. WFP is an organization of constant changes and I always feel at 100 percent to do my job and strengthen my skills and experience to help people efficiently.

In my 22 years working for WFP, I’ve seen substantial changes in how women in logistics are viewed. Even though logistics is sometimes considered a job for men, I consider that the real challenge is empowering women so we can take advantage of opportunities to participate and achieve equal or better results that those men can achieve. As I tell my daughters, “Whatever you want, you can achieve.” This is a world of opportunities and we all have the capacity to grab them.”

‘Does it matter if a man or a woman is the captain of a ship? Of course not’ — Mary O’Neill, Shipping Officer

My journey with WFP started in 2001 when I received an e-mail asking if I’d be interested in going to Eritrea. I’d never been to Africa before, was 41 and had three teenage children at the time, but I took a leave of absence from my shipbroking job in Ireland and decided to go. The Eritrean authorities were floored to find out that the incoming port captain was going to be a woman — WFP’s first! Since then I’ve worked in many locations including Tanzania and Haiti, along with stints in Rome at our headquarters where I’m currently based.

I was born in Arklow, a shipbuilding town in Ireland, so I was immersed in the maritime tradition from a young age and it was relatively easy to get to know and understand the world of ships. In my early 30s, I started working at a shipbroking business and within a month was chartering ships. I found it so interesting that I eventually obtained a degree in maritime transport.

When I joined the shipping industry, it was not the best time to be a woman in an elite, highly conservative profession. My support lay in my family roots and self-belief that once I was interested in the profession, I was determined to do well in the industry. With education and technology, women can do just as well as men and this is very important in the field of humanitarian logistics. How will anyone know, in a future of autonomous shipping, whether a man or a woman is captain of a ship? Does it matter? Of course not!

‘When I first started, having or wanting children was seen as a weakness’ — Dragica Pajevic-Alp, Regional Supply Chain Officer

I joined WFP in 1997 in the aftermath of the war that dissolved my own country, Yugoslavia. I started in Bosnia and Herzegovina, and later on was offered a job with WFP in Iraq. I’ve since worked in Turkey, Sudan, Kenya, Liberia during the Ebola response, and Rome. I’m currently the Head of Supply Chain for our Regional Bureau for North Africa and the Middle East, based in Cairo.

Initially what I loved most about working in logistics was getting things right and on time, having a tidy warehouse, and transporters that showed up on time. As I developed, it was successfully completing difficult negotiations, getting preferential status for our cargo with customs or port authorities, or designing a supply network. Now it’s using my knowledge and experience to manage and lead teams, helping and empowering others to successfully navigate difficult situations such as those I faced earlier in my own career.

Traditionally, this is “no job for a woman”. When I first started, especially for a woman, having children or wanting to have them was seen by some as a weakness, or a lack of ability to fully dedicate oneself to the work we do. Today, I think the biggest challenge women face is to assert themselves as someone who knows what they are talking about and has the strength and authority to lead those conversations.

What’s kept me persevering is my belief in what we do. My own life experience showed me the difference between having or not having a kilo of flour or a cup of cooking oil and so I believe it is my moral duty to put this experience and my knowledge, time and focus towards making life better, or simply possible, for other human beings. I feel privileged to be able to do so. 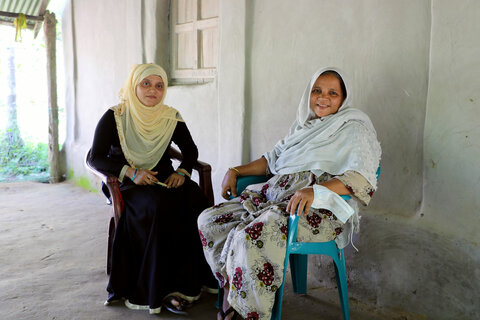 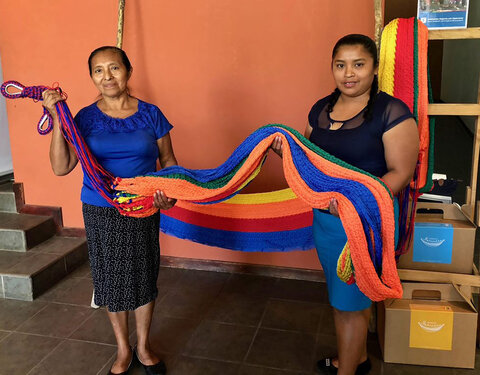 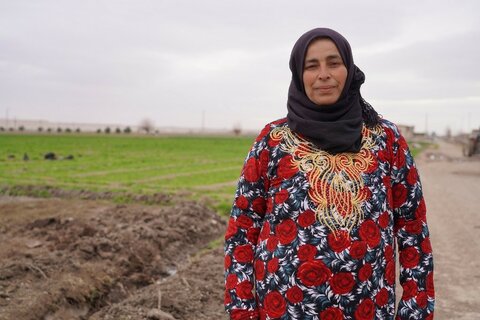 Syria: UN agencies restore water and harvests to a community on the brink