Forty-nine million people in 49 countries are on the edge of famine. Overall global needs for humanitarian assistance are higher than ever as rising costs of food and fuel compound the plight of the world’s poorest, many already hit by conflict and climate change.

Adding to their plight, the world is in the throes of a ‘fertilizer crunch’. Fertilizer prices have risen by 199 percent since May 2020. While this is partly a consequence of the war in Ukraine, prices of food, fuel and fertilizers had already reached record highs by the end of 2021.

Fertilizer is essential to optimize food production. With planting seasons imminent in much of the world, it is critical that all farmers get the fertilizer they need quickly and at affordable prices.

In 2022, the world struggled with a price crisis. There was enough food but at the wrong price and in the wrong place, meaning the poor could not afford it. In 2023, there could be a major food-availability crisis as the global fertilizer crunch, climate shocks and conflict upend food production.

The food security of 50 percent of the world’s population, who depend on food produced with the help of mineral fertilizers, is at risk.

Due to fertilizer shortages, global production of maize, rice, soybean and wheat is expected to be down 2.4 percent in 2022, according to Gro Intelligence, a New York-based analytics platform. In terms of calories, that’s enough to feed 282 million people for one year, according to the World Food Programme (WFP).

Russia is a big exporter of three major groups of fertilizers – nitrogen, phosphorus and potassium (NPK) – and has a vital role to play in ensuring sufficient food production for next year. But the war in Ukraine has led to cuts in the  supply of fertilizers to people in countries on the frontlines of the global food crisis.

In a welcome development, Russian firm Uralchem-Uralkali announced in November its  intention to donate 260,000 metric tons of NPK, stuck in ports in Europe, as humanitarian aid.

And so on 29 November, on behalf of the Government of Malawi, the WFP-chartered vessel MV Greenwich left the Dutch port of Terneuzen with 20,000 metric tons of fertilizers, bound for Malawi via Mozambique.

Due to the rising global population and inefficiencies of global food systems, such as massive food wastage and loss, the problem is that “we have to produce enough on the available land – land is limited – and fertilizer is an important component of that,” he said.

“Many farmers are using fertilizers less, particularly in developing countries. Smallholder farmers have problems to purchase fertilizers, and that can mean lower production in current and upcoming seasons.”

Farmers face the choice of either leaving “their land idle now or shifting into producing other crops – both options will affect the food supply in these countries,” Meyer said.

Uralchem-Uralkali’s donation of fertilizer will help counter a cruel twist of fate. As food prices rise, farmers are likely to want to expand their production of food – but as prices soar they are likely to struggle to afford adequate quantities of fertilizers, meaning their yields will decline.

The implications for Africa are particularly worrying. Fertilizer prices have soared in line with international trends, more than doubling in Kenya, Uganda and Tanzania.

Since global fertilizer producers and traders are likely to favour shipping the limited supplies to the largest markets, many African countries, which already have a low use of fertilizers, are likely to be the worst hit by the shortage.

In addition, many fertilizer-manufacturing plants in Africa focus on blending imported components to deliver the needed compounds. Cancelled or delayed deliveries of one component can disrupt an entire operation, depriving farmers of inputs for weeks or months until alternatives are in place.

Increasing the availability of affordable fertilizers is of course the best way to push prices down, giving farmers in the most vulnerable countries a fighting chance at this critical time.

Without unimpeded exports of fertilizers, harvests cannot be maximized. The impact on food production, particularly in countries most dependent on imports, will be significant unless constraints are removed.

A drop in the annual use of nitrogen fertilizer in the 48 most at-risk countries could see a loss of up to 30 million tons of staple crops. Meanwhile, a global shortage could cut global production of these same staple crops by up to 66 million metric tons – with dire consequences for millions of people who, due to the global food crisis, already do not know where their next meal is coming from. 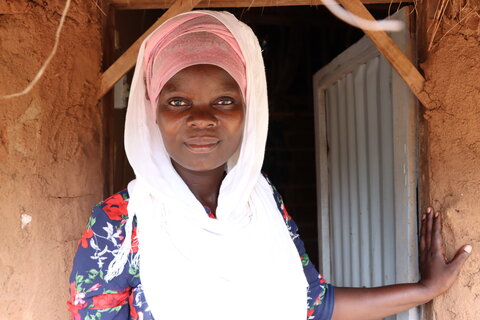