There will be little to eat for many Lebanese when they break their fasts this Ramadan – but support from the World Food Programme is delivering hope in the face of crushing price rises
31 March 2022, Edmond Khoury
Food Prices Resilience Climate Lebanon

A tangle of muddy roads lead to Rana’s farm, which is nestled between the snow-topped peaks of Lebanon’s Bekaa Valley.

Perhaps they are a metaphor for the various factors the World Food Programme (WFP) is warning are driving up food and fuel prices across the Middle East and North Africa: climate change, conflict, the coronavirus pandemic and rising costs.

Since she was a child, Rana has got up at 5 a.m. to make a living out of what she loves most: being busy on her parents’ farm. “I am a farmer at heart,” says the former nurse. “I feel an itch whenever I stay between four walls for too long.”

Yet, as Ramadan begins, Rana herself is one of millions of Lebanese who are weathering a crumbling economy and skyrocketing costs.

The war in Ukraine is impacting fuel and food prices. Import-dependent Lebanon gets 80 percent of its wheat from Ukraine – which together with Russia supplies 30 percent of the grain worldwide.

Last year, the cost of a food basket – the minimum food needs per family per month – reported an annual increase of 351 percent in Lebanon, followed by Syria at 97 percent, and Yemen’s 81 percent.

Sadly, wheat shipments to Lebanon are forced to arrive on smaller ships, after the devastating Beirut blast in 2020 destroyed the country’s largest grain storage silos.

Meanwhile farmers like Rana are on the front line of climate change, as prolonged dry spells wreak havoc with their fields.

“I thought last summer would never end,” says Rana. She had to sell almost half of her sheep and cows, in order to look after the remaining ones, after prices for fodder were so high.

“I also had to get rid of most of my vegetable yield last year because of a bug infestation,” she adds. When it doesn’t rain it’s “heaven for these little critters”. This summer she expects more and more of her crops will “fall victim to climate change”.

She adds: “You don’t need a weather app to tell you something is not right. You literally feel it on your skin.”

Heat and humidity make the work of agricultural labourers even more demanding, while irregular climate patterns force Rana to cultivate crops either earlier or later than usual to avoid the financial devastation of a poor harvest.

Wildfires are hitting Lebanon left, right and centre, burning swathes of forests and forcing many to flee their homes. Since 2017, WFP in Lebanon has been on the front line of the response to the country’s climate crisis. We have planted over 1.1 million seedlings and preserved more than 502 hectares of forests from fires.

Working with the American University of Beirut, WFP is currently implementing a pilot project that is strengthening the adaptive abilities of rural communities through supporting smallholder farmers in areas including Akkar, Bekaa, Baalbeck, and Hasbaya.

It is building the capacities of farmers to mitigate the effects of climate change, through business development, marketing skills and livestock management.

WFP is currently looking at replicating this work and similar livelihoods projects. However, a lack of funding hinders our full support to vulnerable people – including farmers – as they approach the brink. Funding is crucial to build on successes and support more people in need.

Rana’s greenhouse used to be filled with different kinds of vegetables. The climate crisis is forcing her to opt for crops that are resilient to water shortages – planting aromatic herbs like mint and rosemary instead of the usual, and more lucrative, tomatoes, green peppers, and zucchini.

As prices continue to rise during Ramadan, Rana expects that more families will have little to eat when they break their fast.
WFP remains at the forefront of the humanitarian response to Lebanon’s crises, currently assisting one in every three people across a country that is now reeling under the impact of local and global crises. 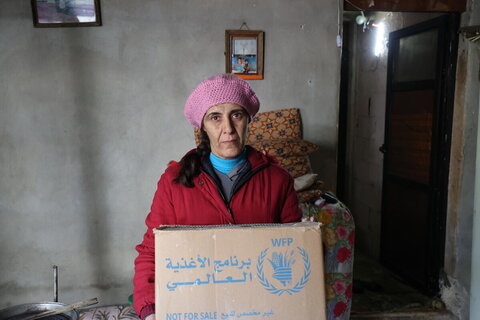 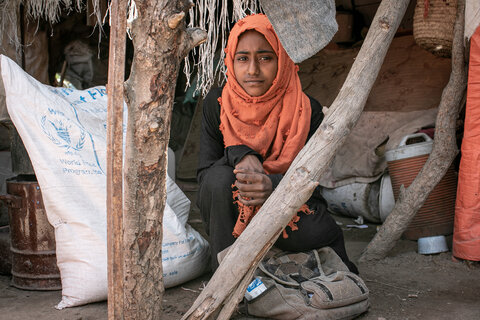 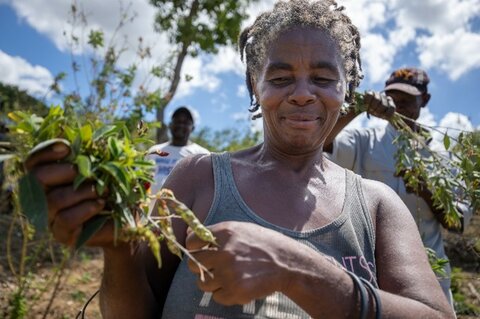 Farmers in Haiti: Growing crops in spite of drought and floods