The World Food Programme is responding to deepening hunger and malnutrition levels as more and more people leave their homes in search of safety
29 January 2021, By Isabelle Flore Wega
Nigeria Niger

The 25-year-old mother was lucky. She and her four children escaped, crossing the Komadougou river into southern Niger, just a few kilometres away. They found refuge in the country’s southeastern Diffa region.

“When we got here, the children were weak and dehydrated,” says Bintou. “I feared they were going to die, and I lost hope.”

Instead, a few days later, she and her children began to receive WFP support — fortified cereal, pulses, oil, salt and nutritional supplements.

Bintou is among thousands of displaced people receiving such assistance in Niger, partly thanks to generous support throughout 2020 from the EU’s Civil Protection and Humanitarian Aid Operations department (ECHO).

Targeting four of Niger’s eight regions, the funding amounts to a lifeline for extremely vulnerable people who are continually suffering a mix of shocks, including climate change and the socioeconomic impacts of COVID-19 while spiralling conflict spills over from bordering Burkina Faso and Mali.

A report in November found 3.7 million people were food insecure in the three countries — which are part of the Central Sahel region. (The Sahel is the vast strip of Africa that runs south of the Sahara Desert between the Atlantic Ocean and the Red Sea, where 80 per cent of agricultural land is degraded.) That figure is expected to rise to 5.4 million by the June-August lean season.

“Last year was particularly challenging, with the COVID-19 pandemic, floods, a difficult lean season and insecurity creating additional emergency needs across the country,” says Sory Ouane, WFP’s Representative and Country Director for Niger. “As usual, the ECHO funding contributed tremendously to saving thousands of people affected by hunger and conflict.”

For Bintou and her family, the support has been life-changing. Since arriving in Diffa four months ago in desperate need, they’ve been recovering their health.

“I can smile again,” says Bintou. “Thanks to the emergency school canteens set up by WFP, my children go to school. This assistance is vital for my family.”

Like Bintou, Yerima shoulders trauma. Four years ago, the 47-year-old trader lost his wife in an armed attack. He and his two daughters managed to escape, fleeing their home near Niger’s border with Nigeria, leaving behind all of their possessions.

“We landed in Nguelewa refugee camp [in Diffa]” he says. “The three of us, like hundreds of other families, received food and nutrition assistance from WFP.”

But days later, says Yerima, Nguelewa camp was attacked by two suicide bombers. Four people were killed while 39 women and children were abducted.

Once the camp was evacuated, Yerima and his children were moved to a safer camp in the region.  His teenage girls have returned to school where a WFP-backed school feeding programme provides them with nourishing meals which also serve as an incentive to study.

“It’s a rebirth for my family,” says Yerima. “And I pray for a long and lasting peace so that our children will no longer experience the horrors we have witnessed.“

Alirou shares Yerima’s hopes. He spent his entire life in Sokoto State, in northwestern Nigeria — until May 2019.
“I fled insecurity in my hometown,” he says. “Armed attacks became so common in our community that we slept with fear in our stomachs.”

After bandits robbed him of all his possessions one evening, he and his two wives and seven children found refuge in Dankano, in Niger’s Maradi region, where an elderly resident agreed to host his family.

Sani is grateful for WFP’s support. “I don't know how long this situation will last but I pray that peace returns to my country, and to the world”, he says, “so that we can go back to our normal lives with our loved ones.” 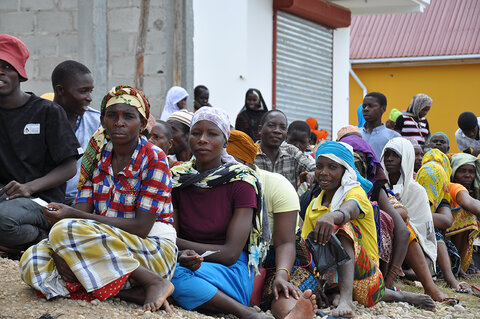 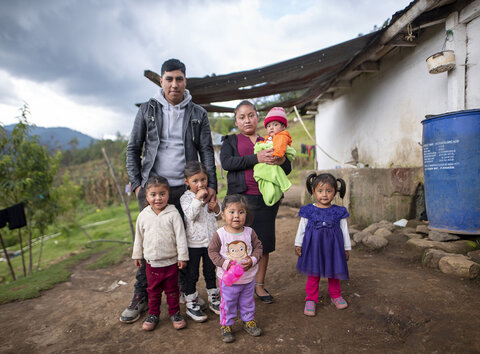 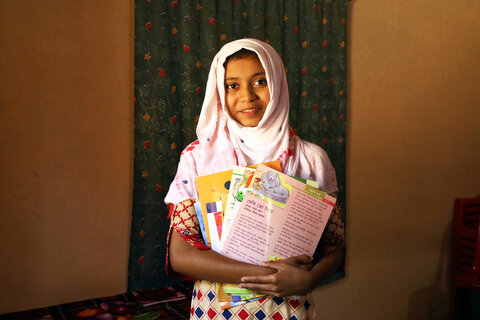