Escalating violence in northern Mozambique is pushing hundreds of thousands of people into food insecurity, according to Lola Castro, the World Food Programme (WFP)'s Regional Director for Southern Africa.

“The situation is dire,” she says. “The food assistance WFP is providing every month is not enough for people to survive. " Without a cash injection of US$132.4 million to sustain operations for a year, rations may be cut and food distribution may stop altogether — the operation needs US$10.5 million for the next month.

According to the Government, in the past year alone 565,000 people have been displaced as continuing attacks by non-state armed group strain humanitarian response. "They sit in cramped areas with no shelter, no sanitation, struggling to process the trauma of horrors they’ve experienced," Castro says.

More than 900,000 people in the northern provinces of Cabo Delgado, Niassa and Nampula are now facing ‘crisis’ or ‘emergency’ levels of food insecurity.

WFP's United Nations Humanitarian Air Service has set up vital air connections in the regions so that humanitarian partners  can reach communities in remote areas, especially during the current rainy season which could last until March.

Climatic shocks, which disrupted agriculture, fisheries and livelihoods are compounding problems — with limited supplies reaching markets, the cost of food and household items is rising fast.

Cabo Delgado has the highest rates of chronic malnutrition in Mozambique — with more than half of the children there malnourished, presenting swollen bellies and discoloured hair, (signs of malnutrition and vitamin and mineral deficiencies).

“We are trying our best to upgrade the nutritional services, jointly with other partners including UNICEF and the Ministry of health,’’ says Castro. However, without urgent and sustained assistance, already desperate communities will be pushed further into crisis.

“We need to scale up, we cannot leave people in abandonment, people need our support now. The rains are coming, and they won’t be able to survive. This is our humanitarian commitment to these people.”

Despite significant operational challenges, WFP hopes to reach 750,000 people, including vulnerable host communities who are sharing their local resources with internally displaced people.

WFP’s response mainly consists of the distribution of food and vouchers to vulnerable people, the treatment of malnutrition in children and women, learning sessions on improved nutrition, and collaboration with UN, non-governmental organizations and Government partners in the establishment of COVID-19 treatment centres.

WFP, as the logistics arm of the United Nations, is also supporting the entire humanitarian community in the delivery of life-saving cargo to affected populations.

Over the long term, says Castro, the intention is “to help people with rehabilitating land, education, maximizing harvests and creating income-generating activities.”

For now, though, the focus is on saving lives.

“The hardest thing is being around children,” says Castro. “They are losing their childhood.” 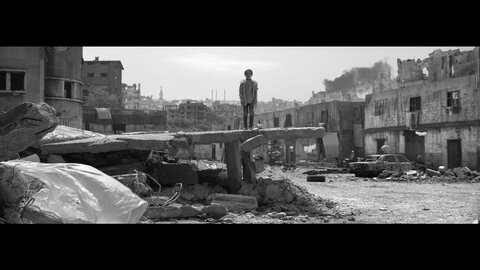 End the conflicts and Feed our Future 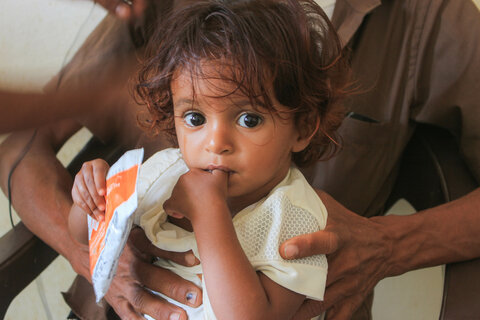