Pakistan — A contradiction of abundance and malnutrition

Why is a country with a rich cuisine and thriving agricultural sector struggling with poor diets?
12 December 2017, Simone Gie
Nutrition Pakistan While one of the lesser-known cuisines of South Asia, Pakistani food is rich in variety and tradition. The merging of culinary influences from the Far East, India and the Middle East — shaped by Muslim dietary customs — and a diverse landscape have created a kaleidoscope of food traditions which differ region to region, mirroring the nuances of the country's local cultures and ethnicities.

Its agriculture is also plentiful. The country is one of the world's top ten producers of wheat, cotton, sugarcane, mango, dates and kinnow oranges, and cultivates enough food to export many of its crops. So why, in this land of abundance, do so many people suffer from malnutrition?

This question brought World Food Programme (WFP) experts to Pakistan, on request of the government, to determine the barriers that stop people consuming a nutritious diet. Fill the Nutrient Gap, a tool developed by WFP and partners, analyses the nutrition situation in a country and identifies the most appropriate interventions to tackle the problems. Local partners were involved in the process, particularly those individuals and organizations that will play an active part in the solution.

Malnutrition was already known to be having a devastating impact on Pakistani people. Nearly half of children under 5 are stunted, or short for their age — a sign of chronic malnutrition — and a quarter of them are already stunted by the time they're 6 months old.

"Normally we shouldn't see so much stunting at such a young age," explained Giulia Baldi from WFP's Nutrition Division. "It usually begins at around six months when children should start eating other foods in addition to breastmilk. This means that there is a big problem with maternal nutrition, suggesting issues with diets of adolescent girls and women in general.

With generations of children unlikely to reach their full mental and physical potential as a result of chronic malnutrition, this poses a major long-term human and economic cost.

Vitamin and mineral deficiencies are also an issue in women and children, with over half of women affected by anaemia and calcium deficiencies and over two thirds by vitamin D deficiency. At the same time, overweight and obesity are increasing, particularly in women of reproductive age. Overweight and stunting are even being found in the same families, where one quarter of stunted children have an overweight mother. This suggests that while people may be consuming enough or too many calories, the quality of their diets is poor.

Rooting out the problems

WFP's Fill the Nutrient Gap team joined forces with the national and provincial SUN Movement structures in Pakistan and collaborating stakeholders to identify which parts of the country were worst affected, and whether the problem was more widespread in towns and cities or in rural areas.

Together, they reviewed over 190 sources of information, visited Balochistan, Sindh, Punjab and Khyber Pakhtunkhwa provinces as well as Islamabad, and brought together partners to review the findings and identify how best to address the issues identified. Factors such as seasonality, food availability and household purchasing power were among the issues studied.

Pakistan's heterogeneous cultures and geography, as well as the decentralized governance system, meant that a national level analysis would not be sufficient to capture the differences in problems and needs. The team therefore carried out five analyses, one national and four in-depth ones for the provinces.

A luxury for the rich

The main finding was that two thirds of the country's households simply couldn't afford to eat well, with other factors such as insecurity, poor access to food, population growth and disasters — such as earthquakes and conflict — all compounding the problem.

"We calculated the cheapest possible combination of locally available foods that meets a typical household's nutrient needs, adjusting for the local staple preferences, and found that 67 percent of families couldn't even afford the cheapest-possible nutritious diet," explained Baldi. The findings showed that, because of their high nutrient needs, adolescent girls required the most expensive diet, though they are often not prioritized in the household.

The results indicated that dietary diversity was low. "Pakistan might be a surplus producer of staple food like wheat, but when we look at issues related to access to other nutritious foods, it's a different story," said Baldi. "Unlike staples, the prices of many nutrient-dense foods, such as pulses, have increased significantly in recent years.

"Then there's the additional issue of geographic barriers. Some areas such as along the Afghan border have security-related issues and a lot of sparse communities." This means that people can find it hard to get to markets, and the difficulty of getting food to markets can drive up prices.

The outcome of the analysis was a set of recommendations developed by the national stakeholders, specific to different sectors, to improve nutrition in the country. In agriculture for example, the recommendation was to diversify local production as a means of ensuring better access to, and availability of, a variety of nutritious food. In education, the focus was on incorporating nutrition into the curriculum, so that future generations understand the importance of a healthy diet.

The Fill the Nutrient Gap project is a living example of how data can be used to make a real difference to the lives of people living with malnutrition. WFP is now working with Pakistan's national and provincial governments, and the private sector, to use these findings to shape nutrition policies and make smart investments.

"Now the WFP country office is working with the Ministry of Planning to see how these findings can feed into Pakistan's next five-year plan," said Baldi. "Some of the recommendations are already being translated into proposals for investment." For example, the government and private sector manufacturers are identifying ways to stimulate consumer demand for nutritious foods and to ensure that there is a sufficient supply.

The Fill the Nutrient Gap analysis has stimulated collaboration between people and organizations working on food and nutrition issues in the country. "The analysis has helped to bring people around the table to discuss data," said Baldi. "Fill the Nutrient Gap is not WFP parachuting consultants in to find some brilliant solution. It's a process of triggering a discussion based on evidence. There is no pre-fixed solution — there needs to be a consensus with the people who will be involved in the solution."

See here for more on Fill the Nutrient Gap

Read the full report on Pakistan. 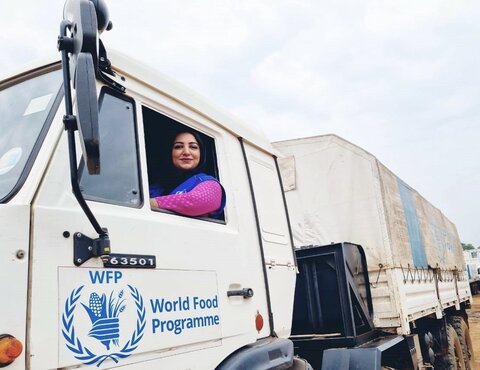 WFP, my work and me…Ume Kalsoom 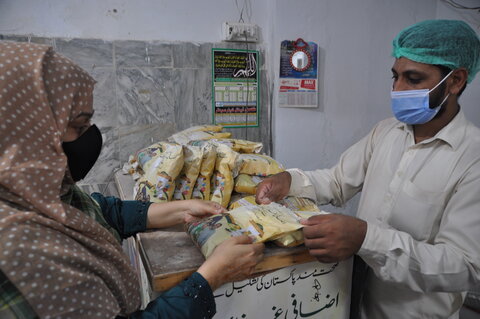 Pakistan: A win-win thanks to flatbread