After a year of unprecedented climate disasters, 2023 may not be much better — but there are also reasons for hope
13 January 2023, Jenny Wilson
Climate Resilience Food Security Smallholder Farmers Pakistan Somalia Chad Haiti Mozambique Kenya South Sudan

The year 2022 was certainly one of extremes when it comes to climate disasters. Record-breaking temperatures and shocking floods, droughts and storms devastated many regions of the world.

But despite the destruction and loss of lives, new technologies, resilient communities and historic agreements — including a new mechanism to respond to loss and damage from climate change — offer signs of hope.

During 2022, the World Food Programme (WFP) provided food and other assistance to over 160 million people, including many hit by climate disasters. In over 30 countries, WFP also supported communities to better anticipate and prepare for climate impacts— for example, through some US$11 million in insurance payouts, and cash assistance reaching roughly one million people ahead of forecasted climate hazards.

With this year promising another wave of climate-related disasters — which will contribute to rising humanitarian needs — innovative ideas, collective action and radical climate solutions are more urgent than ever.

“Unprecedented” often feels like an overused word. And whilst 2022 certainly was an unprecedented year of climate disasters, experts warn of bigger and deadlier weather events to come. While it can take months for scientists to establish a direct link, our changing climate is increasingly influencing many of the world’s emergencies — posing massive challenges for WFP and other humanitarian responders.

Last year deepened the worst drought on record in the Horn of Africa, destroying crops and livelihoods and pushing communities to the brink of famine. Meanwhile, severe floods affected 19 countries across West Africa and plunged one-third of Pakistan underwater.

The first week of 2023 alone saw many countries in Europe observing the warmest January day on record — after experiencing, in 2022, the second warmest year ever recorded.

For the communities supported by WFP, these record-breaking changes have meant increased hunger, at a time when humanitarian budgets are tightening. Today, nearly 350 million people face acute food insecurity worldwide. Yet in 2022, WFP received only around two-thirds of its funding needs.

Most devastating of all, those suffering the worst impacts did little to cause the problem. The 20 countries on the International Rescue Committee’s 2023 Emergency Watchlist – including drought-hit Somalia and flood-hit Pakistan – contribute only two percent of global greenhouse gas emissions.

“No exceptions. No compromises,” he says of a gathering expected to focus on concrete, practical solutions and collective action in tackling the greatest threat facing humanity.

In December, when Dubai hosts the 28th UN Climate Change Conference (COP28), world leaders will hopefully come armed with new, more ambitious commitments to lower emissions and protect people from loss and damage — the hot topic of the climate world in 2022.

"We hope that the climate summits in 2023 will see much more concrete commitments to reduce greenhouse gas emissions and help the most vulnerable communities on the climate frontlines to protect themselves from loss and damage,” says Gernot Laganda, WFP’s Director of Climate and Disaster Risk Reduction Programmes.

“The rain is normally supposed to help us grow food to eat, but now it is becoming an issue, as you can see,” he says. “There is nothing more catastrophic than this water. All the flooded crops are destroyed.”

Mahamat received some support through a WFP resilience-building project to build a dike, aimed to protect maize harvests. But such assistance cannot cover catastrophic climate-related losses increasingly afflicting countries like Chad, which contribute just a fraction of global emissions.

Last year, and after decades of advocacy from developing countries, leaders at COP27 agreed to establish a loss and damage fund; a financing mechanism to compensate vulnerable countries on the frontlines of the climate crisis.

But the hard work is still to come. A multi-nation committee will recommend how the fund should be set up and financed by December’s COP28.

“A key principle of loss and damage funding should be that it is directed to local efforts and initiatives, starting with the most vulnerable first,” says Laganda. “First and foremost, this funding needs to go to solutions which protect local communities from harm and avoid them becoming dependent on debt, aid or charity.”

With one in 23 people worldwide likely to need help to survive this year, scaling up climate adaptation solutions for vulnerable communities is more crucial than ever. Those needs will only mount as the planet heats up.

In April, scientists will issue a final figure for 2022’s global average temperature. Currently the world is about 1.15°C degrees above the pre-industrial average — dangerously close to the 1.5°C degree limit world leaders agreed to in 2015.

"The unabated rise in global temperatures and the resulting increase in climate-related disasters is pushing the humanitarian system to breaking point,” WFP’s Laganda says. “We urgently need the funding and systems in place to scale-up climate adaptation solutions in food systems — combining hazard forecasting with physical and financial protection.”

One example is WFP’s climate insurance programme, which delivers payments to farmers after climate impacts have damaged their crops. In 2023, the programme aims to provide at least three million vulnerable people with insurance coverage.

WFP’s anticipatory action programme — which uses early warning systems to provide assistance to people at risk before disasters strike— aims to scale up to cover five million people by 2025.

“This year is bound to be another challenging year for tackling climate change,” says Laganda.

“But with renewed energy from communities, governments, scientists and development partners, 2023 can also be a year of good news and transformation,” he adds. “We have the power to create a better, more sustainable future.” 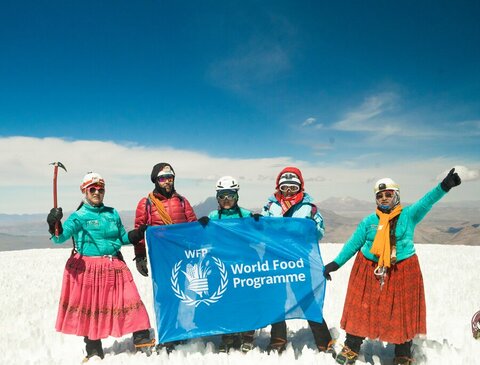 Climb-it change: 2022 in droughts, floods and other climate emergencies 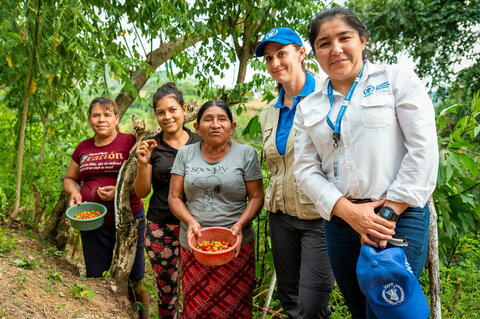 That’s soil folks: How WFP’s down-to-earth approach to climate and hunger is growing 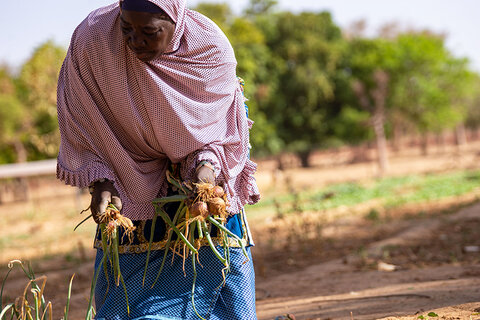 ‘Five things I took away from COP27 – on women, young people and climate action’