The World Food Programme (WFP) is stepping up its support to the Government’s relief effort – filling key gaps in delivering assistance to devastated communities, and reinforcing longer-term resilience-building that will become ever more vital with climate change.

“We’re really working as a team here,” says Chris Kaye, WFP Country Director and Representative in Pakistan, of the united response with authorities to reach a record 33 million people hit by torrential rains that have submerged one-third of the country.

“We’ve built a very strong relationship with the Government,” he says. “The Government is stepping up and taking leadership.”

The expanded assistance by WFP and its humanitarian partners will include food relief, malnutrition prevention and livelihoods assistance. WFP is also supporting the broader logistics response, helping to assess and coordinate where and how relief can be delivered to flood-ravaged areas.

The scale-up comes amid massive and mounting needs, both today and in the crucial months to come. The United Nations has launched a flash appeal for US$160 million to support the country’s response to what Secretary-General Antonio Guterres calls a “monsoon on steroids.”

Of that, WFP urgently requires US$34 million to ramp up relief operations, to deliver food, nutrition and livelihoods assistance to up to 1 million affected people.

Supporting the Government-led recovery “will become ever more important two or three months from now, as we try to help people rebuild their lives and livelihoods,” says Kaye.

In areas heavily dependent on cultivating crops now washed away by the rains, “we’re going to see another layer of destitution,” he adds. “That’s really where our impact can be most powerful.”

Already, more than 1,100 people have died in torrential flash floods that have wiped out roads, bridges and whole communities. The heavy monsoon rains that began in June amount to three times Pakistan’s 30-year average – and more than five times higher than historical averages in the worst-affected Balochistan and Sindh provinces.

“My home, my neighbourhood and my village were destroyed by the flooding,” says Jannat Gulzar 52, from northwestern Khyber Pakhtunkhwa, another disaster hit province.

The floods may carry broader consequences – potentially cutting off key routes, for instance, for WFP food deliveries to neighboring Afghanistan.

The scale of destruction mirrors that of 2010, when Pakistan’s deadliest floods in history killed upwards of 2,000 people. This year’s flooding is expected to worsen as rains continue to fall – piling new challenges on a country already struggling with soaring food and fuel prices, and still recovering from deadly spring heatwaves.

Today’s response, however, is very different from a decade ago. It’s being led by Government authorities – that have sharply expanded a national social protection scheme developed with WFP’s support to deliver cash assistance to an additional 4.5 million flood-affected people.

“This is the kind of thing WFP (as a humanitarian agency) would do in similar circumstances –  but now we don’t need to,” Kaye says. “Because the Government has this mechanism in place.”

However, the organization is filling the gaps by providing assistance in remote and flood-crippled places where accessing cash is challenging or food unavailable.

The first deliveries of food and livelihoods assistance began earlier this month, so far reaching 300,000 people in Balochistan, in the west. Food distributions are also starting in eastern Sindh province, targeting another 18,000 households.

“If we have sufficient resources, we’ll scale up to provide for a million or so people,” says Kaye.

“Giving food is not enough,” says Jan. “We were living respectable lives before. We want our houses to be restored.”

What happens next will be just as critical.

In a country considered among the world’s most vulnerable to climate change, WFP has launched new resilience-building activities, including in areas bordering Afghanistan, thanks to flexible donor funding.

“We’re reaching communities in drought- and flood-risk areas, whose livelihoods are already very fragile,” Kaye says. “A lot of WFP’s work has been focused on exactly this issue – building people’s resilience to manage inevitable calamities that are becoming more regular and more severe.” 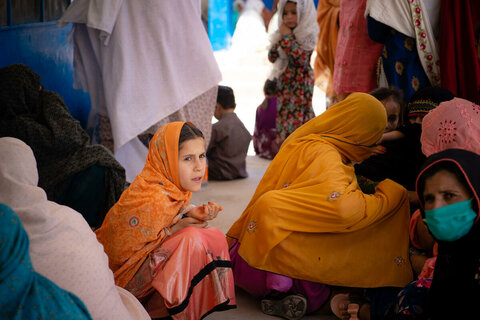 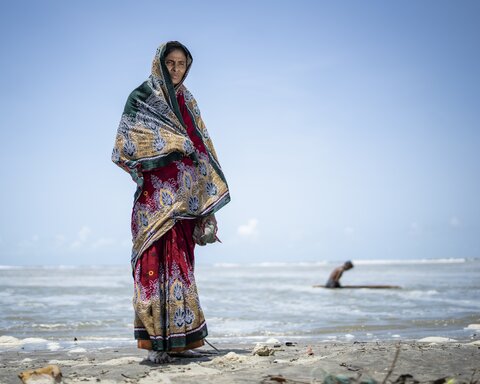 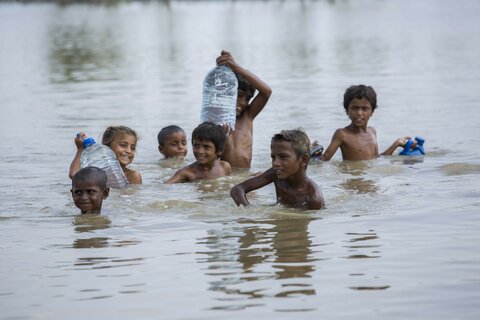 WFP calls for $500,000 to boost flood response in Pakistan