International Council of Voluntary Agencies rallies Oxfam, Save the Children and 258 other organizations after World Food Programme's warning on increasing levels of hunger
20 April 2021, By Peyvand Khorsandi
Zero Hunger

Humanitarian agencies around the world have joined forces to warn that rising hunger levels are going to lead to famines unless urgent action is taken.

The letter, published in The Guardian today, has warned “people are not starving, they are being starved” in countries such as Afghanistan, Burkina Faso, Haiti and Zimbabwe.

“Girls and boys, men and women” are being “starved by conflict and violence ... by inequality, by the impacts of climate change, by the loss of land, jobs or prospects, by a fight against COVID-19 that has left them even further behind.”

It comes as the WFP marks a year since urged the UN Security Council to act fast over “famines of biblical proportions”.

“It is human actions that are driving famine and hunger and it is our actions that can stop the worst impacts,” the letter stated.

Addressing world leaders as the “main duty-bearers”, it called for the immediate injection of $5.5bn for food assistance to reach more than “34 million people around the globe who are a step away from famine.”

It added: “We plead with you to enhance your efforts and work with all parties to end conflict and violence in all its forms.”

The UN’s call for a global ceasefire “must be immediately heeded,” it went on. “Humanitarian assistance must be allowed to reach communities without barriers or impediments so we can urgently support those most in need.

“We urge you to invest in alleviating poverty and hunger, in giving people the tools they need to build more resilient futures for themselves, sustainably adapt to climate change and guard against the shocks of COVID-19. This will help to prevent future conflict and displacement. This will prevent future hunger and famines.”

Geeta Bandiphillips, Head of Advocacy at the WFP, said: “The letter sounds the alarm about the drastically increased levels of hunger and the humanitarian funding gap we are facing today.

She added the initiative is “inspired by the ‘Call for Action to Avert Famine’ issued by WFP and the UN’s Food and Agriculture Organizations in March, highlighting the plight of up to 270 million people who were acutely food insecure or at high risk at the start of the year.”

Bandiphillips said: “34 million people are teetering on the very edge of famine, with the slightest shock set to push them to starvation in the absence of urgent, immediate life-saving action.”

WFP and FAO’s “bilateral donors must recommit to scaling-up aid to save lives,” she added.

The letter — published simultaneously in Arabic, French, Greek, Italian and Spanish — urges action to end conflicts and calls on all parties to ensure unhindered humanitarian access.

Famine alert: Hunger, malnutrition and how WFP is tackling this other deadly pandemic

A lowdown on the factors behind a looming catastrophe where 34 million people are at risk of starvation — and the urgent need for US$5.5 billion to avert it

ICVA is a global network of non-governmental organisations whose mission is to make humanitarian action more principled and effective by working collectively and independently to influence policy and practice.

In pursuing the letter, the organization is “elevating the issue of imminent famines on the global agenda to secure political will for mitigation and prevention,” said Bandiphillips.

She added that “collective advocacy around famine prevention and mitigation has strongly resonated” with other humanitarian organizations —  it is rare to get this level of support for any cause.”

Amb Ahmed Shehu, Regional Coordinator for the Civil Society Network of Lake Chad Basin, a signatory to the letter, said: “The situation here is really dire — “70 percent of people in this region are farmers but they can’t access their land because of violence, so they can’t produce food. These farmers have been providing food for thousands for years – now they have become beggars themselves.

“Food production is lost, so jobs are lost, so income is lost, so people cannot buy the food. Then, we as aid workers cannot safely even get to people to help them. Some of our members risked the journey to reach starving communities and were abducted – we don’t know where they are. This has a huge impact on those of us desperate to help.”

Bandiphillips said: “This open letter gave us a chance to put our individual agency agendas aside and collectively campaign and advocate for a bigger cause. That is, collective inaction will increase the likelihood of multiple famines in 2021, putting more than 34 million people at risk of starvation.”

David Miliband, CEO and President of the International Rescue Committee, said: “The worsening rate of global hunger is horrifying to witness. Every day we are seeing the human cost of hunger play out in the countries where we work. World leaders must act now to prevent unprecedented levels of suffering, through increased funding and diplomatic efforts to end conflict and improve humanitarian access.”

CARE International Secretary General, Sofía Sprechmann Sineiro said: “Whether Yemen, Syria or the DRC, funding to respond to the hunger crisis is not materializing. Yet trillions are invested in rescue packages for corporates all over the world. Donors must step up. It is not a matter of affordability; it is a matter of political will.”

The letter concluded: “There is no place for famine and starvation in the 21st century. History will judge us all by the actions we take today.”

Other signatories to the letter included the International Red Cross and Islamic Relief. 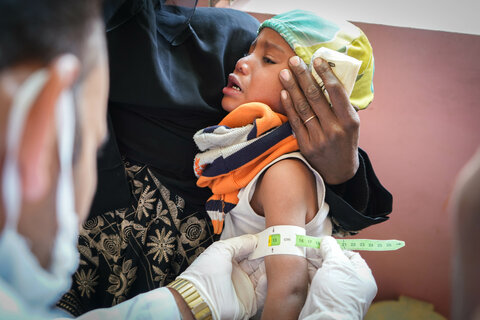 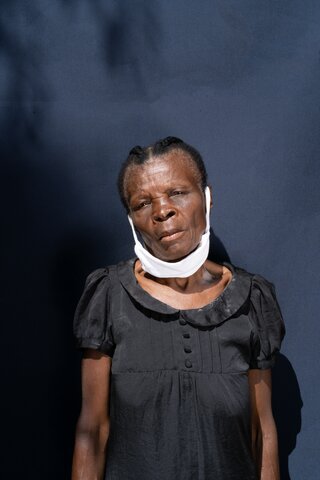