Peru's pots of goodness: WFP dishes up in remote communities

Most visitors arriving in Lima immediately turn south to the mystical Nazca lines and to the Andes, in search of Inca ruins and fluffy alpacas wearing brightly coloured pompoms. But not us.

Turning away from the waves rolling in from the Pacific – just about visible through the early-morning fog – we leave behind Lima’s broad avenues with their bakeries and cevicherias (ceviche restaurants) and head north to the bleak, sandy cerros (small hills) of San Juan de Lurigancho District.

Here in Peru’s most populous district are just some of the kitchens that form part of the ollas comunes (community pots) project that the World Food Programme (WFP) started during the COVID-19 pandemic. At that time, people were not able to work or access food in this remote location.

Initially, WFP supported the Government by distributing food kits to vulnerable families. But it soon became clear that more could be done. In such contexts, logistics is the name of the game – something WFP excels in. So we acted as a bridge, transporting “rescued” fresh food donated by partners that would otherwise go to waste – such as potatoes, celery, strawberries, onions and grapes – to people in need, like those we meet at the ollas comunes.

Supported by the United States, among other donors, the WFP project now has 16 partners, ranging from the nonprofit Caritas, to Banco de Alimentos Peru, to local farmers. Four more partnerships are about to be signed.

Together, WFP and its partners distribute rescued fresh food to 2,000 ollas comunes in Lima alone. They have reached hundreds of thousands of people to date.

The rescued food comes from a broad spectrum of producers: from a professional outfit in Ica, in southern Peru – where some grapes picked in its vast, 550-hectare vineyard may be less than perfect or ‘sunburnt’ – to Juana, a farmer from Ayacucho who grows celery in Valle de Pachacámac, near Lima. Rescued does not mean damaged. Indeed, the safety and quality of the rescued food is a key component of all WFP contracts with suppliers and farmers along the supply chain – from harvesting and cleaning, to storage and transportation.

Our small car struggles up the steep, sandy streets and tight bends, its wheels spinning madly on sand and stones. It is not a graceful arrival. Although our Peruvian friends insist it is springtime in November, we are wrapped up against the cold air as we head out of the car and into an equally cold kitchen where Judith Hernandez, a cook in this olla comune, is dicing vegetables.

Today, she is cooking for around 84 people, including some Venezuelan refugees. She expects to sell one meal for two soles (US$0.50). She plans her menus based on what rescued food she receives, but she dreams of one day getting huacatay – Peruvian mint.

As a mother of 11-year-old twins, Judith says it’s tough to think about the future, but she is very happy to help her community. “If we don’t do this, people would really have nothing,” she adds.

In the darkest days of the coronavirus pandemic, an unprecedented 12 percent of Peru’s population was severely food insecure. With the country also facing a triple burden of malnutrition – stunting, anaemia and obesity – it was important to introduce fresh, nutritious foods into diets that were carb-heavy and often featured processed foods.

Along with nutrition guidance, WFP provides each olla comune with kitchen kits that include cooking equipment, fridges and food containers, as well as much-needed training on food safety and hygiene. It also offers guidance on how to promote healthy habits – especially for families with children under 5, and pregnant and breastfeeding women. All these initiatives aim to make the project more sustainable.

On the drive to visit another kitchen in the capital’s Villa Maria del Triunfo District, it’s easier to see the tiny makeshift houses that have been built here, some painted bright green, blue or yellow, and some that seem to cling to the very edge of sheer drops. To many of the people who live here, their cerro – or hill – is linked to a divinity; it is a sacred place.

The kitchen’s sky-blue paint is flaking, but inside we’re bear-hugged by the warmth of a burning stove. An enormous bucket of chopped red onions waits to be used. By the tiny window, a woman expertly fries chicken in hot spitting oil. She and another woman cook for 96 people. They are all fully dependent on the rescued food they receive.

We don’t stay long. The women are busy and it’s nearly lunchtime.

The future of the ollas comunes project seems bright. With more partners and funding on the horizon, WFP hopes to reach more people in need of safe, nutritious food in cities and remote areas across Peru. We also aim to strengthen the operations of the ollas comunes here in Lima, focusing on food security, food safety and nutrition.

Food is obviously a means of survival. But with the ollas comunes project, it’s also a potent tool that brings people together and forges connections. Like the fog over Lima and the Pacific waves crashing on the shore, the bonds of community and food endure.

Through its ollas comunes project, WFP distributed more than 8,000 metric tons of food and non-food items, such as kitchen kits, to nearly a quarter of a million people between July 2021 and July 2022. It plans to expand and strengthen its coverage, thanks to more than US$5 million to date from the United States Agency for International Development’s Bureau for Humanitarian Assistance. 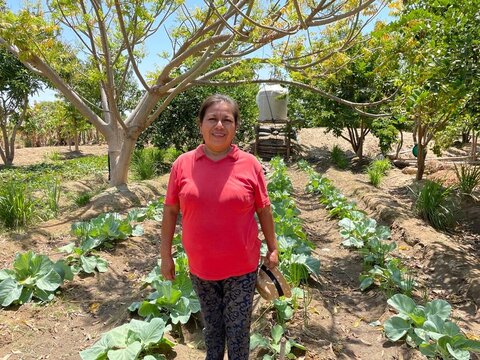 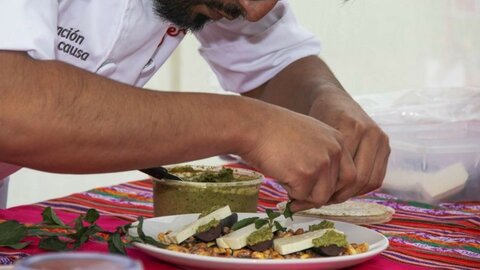