A visit to Tanzania's logistics hubs highlights the role of warehouses in the fight against hunger
14 October 2019, Hrijoy Bhattacharjee
Logistics and delivery networks Supply Chain United Republic of Tanzania

It's 7 a.m. in Isaka, northern Tanzania, and everything is bathed in pink gold. To the internally displaced mother in South Sudan, or the Congolese teenager in a refugee camp in southern Tanzania, what's stored in these World Food Programme (WFP) warehouses is more important than any gold. The commodity? Food — maize, in this case.

Not eye-catching but vital

Often, it's the way WFP food is delivered — dropping from the sky, crossing tropical lakes and rivers, or negotiating near-impassable terrain by truck, amphibious vehicles or on the back of mules — that catches the imagination. However, storage hubs like the one in the dusty highway town of Isaka serve a function that is just as essential, if less glamorous: preventing losses, preserving the nutritional safety and quality of the food, and enabling its quick and efficient delivery where it's needed, when it's needed.

The site at Isaka — also called a dry port because it is connected to the seaport in Dar es Salaam by road and rail — serves as a transfer point for WFP and commercial cargo arriving by sea.

In WFP's warehouse, bag upon bag of maize sit stacked in row upon row of portable tent-like storage structures named wiikhalls, disturbed by nothing but a whirl of red dust or the call of a bird. The calm of the place this morning is in stark contrast to the frenetic activity that greets the arrival of food from the port of Dar es Salaam. Rail tracks leading into the complex enable a fully loaded 20-wagon train carrying 800 metric tons (MT) of food to be unloaded quickly right next to the storage structures.

"This set up is ideal for a quick turnaround. During emergency operations, time saved can mean lives saved," the head of the Isaka Logistics Hub and 20-year WFP veteran, Ferdinand Rwehumbiza explains. The proximity of the storage space also means that the potential for food loss during unloading and handling is automatically minimized.

Storage with a difference

A similar rail link connects the port in Dar es Salaam with another WFP hub, this time in the country's capital, Dodoma. Here, the food — mostly maize — that comes in by train and truck is destined to feed refugees, primarily from the Democratic Republic of the Congo and Burundi, in three camps in Tanzania's Kigoma region.

What sets this site apart, as Neema Sitta, Head of the WFP office in Dodoma is quick to highlight, is that it hosts its own milling operation.

The importance of this isn't lost on Celestine Coelho, logistics officer and expert on everything related to milling. "You really need to treat the machines like they were your children," says Celestine, who spent a few months in Somalia, helping set up an onsite milling operation, thanks to his more than 20 years of experience with milling at WFP.

Warehouses, and those who run them, make up the beating heart of WFP's massive logistical operations. In 2018, 597 well-managed warehouses, ranging from fixed brick-and-mortar structures, mobile storage units or wiikhalls, in 75 countries played a critical role in enabling us to move 3.9 million MT of food — the weight of 389 Eiffel Towers — and reach almost 87 million people around the world.

Moreover, the pride warehouse staff like Celestine take in their role, coupled with training, strong oversight, good guidelines and just sheer inventiveness, contributed significantly to WFP having lost less than 0.3 percent of food globally in 2018 — well below the industry standard. Considering WFP delivers its life-saving, life-changing food in contexts that include conflict zones, disaster-stricken areas and deserts, this number is particularly impressive. To put this in perspective, this is akin to a courier company, working in a city with barely passable roads and rudimentary infrastructure, losing only one parcel out of every 300.

As Jakob Kern, WFP's Director of Supply Chain, puts it, "warehouses may not capture the imagination the way planes, ships and trucks do, but without them WFP's supply chain wouldn't function!" 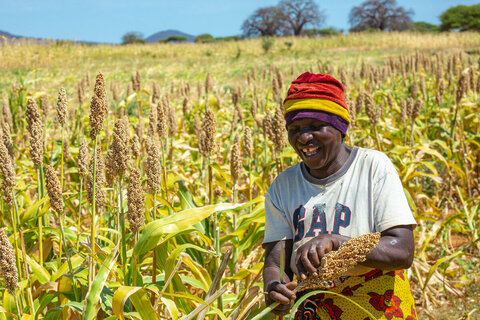 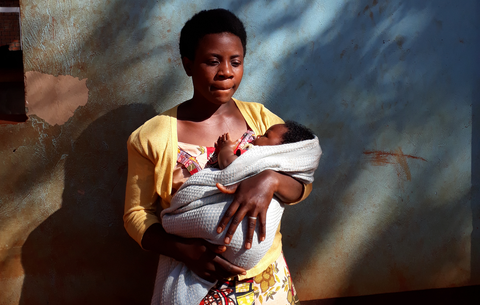 Love in the time of exodus — revisited