WFP, my work and me…Edita Horrell

An alternative look into the lives and backgrounds of the staff who help drive WFP’s work
18 October 2021, Paul Anthem

Edita Horrell is the first Lithuanian woman to reach the summit of Mount Everest. She joined WFP in 2010 and has been deployed to countries including Haiti, the Philippines, South Sudan, Chad and the Central African Republic. She was mountaineering during earthquakes in both Nepal and Ecuador, and both times stayed to assist WFP’s emergency response. She currently oversees the use of WFP’s logistics services by health organizations, within the Bilateral Service Provision Unit.

Who has inspired you most in your life?
I have had many people in my life who have inspired me, but the person who left the deepest impact on my life was my father. He was a simple working-class man who worked hard, mostly in manual labour. He never preached to anyone – just lived his life the best he could, but he was always warm-hearted and ready to give a hand to anyone needing help.

He would make up stories as we did not have that many children’s books. Most of the time, he would tell real-life stories, from his youth during the war or when he was away to serve in the army. These stories would transport me to different places…and inspired me to seek my own adventure. It was probably his warm and loving character to other human beings that pushed me to seek a humanitarian path.

What is the best decision you have ever made?
Following my own path. I did not pursue medicine, as my parents wanted, but chose to study languages and literature. This led me further afield. The people I met and lessons I learned during my travels made me a better human being – taught me compassion, humility, tolerance. They made me the person I am today. Life is a never-ending school, and if I had my time again, I would not change a thing about my life. As someone from a small country, to become an employee of the World Food Programme was a huge boost in self-confidence – it was a dream come true.

Which words or phrases do you most overuse?
I frequently use my own version of the phrase by Confucius: “A journey of a thousand miles begins with one step.” In my own version, it is: "Every great journey can only be taken one step at a time." This phrase has helped me to complete mountaineering challenges in my personal life outside work, but it has also helped me professionally.

I’m currently managing five projects in West Africa. The work I do involves setting up supply chain projects in challenging environments, due to weak governance, poor access to health services, and manmade or natural crises. We support health programmes such as TB, HIV and malaria, with support from The Global Fund. The challenges and the responsibility are enormous.

I need to recruit a lot of local staff for the projects I manage. We have many people in our teams who started as nationals and became international – they have completed that journey of a thousand miles. I now say “look at X…she was national staff like you and now she is international. It is because they worked hard, did more than they were asked to do and, most of all, they were honest.”

I’m very grateful to the teams that I’ve recruited. They have helped me to be accountable for my actions and words. I have needed to trust them, but by trusting people and accompanying them while they learn, you empower them to succeed, and this has been a critical element in the success of our projects. The most satisfying part of my work is when I see the team that I helped to train carrying the same work and motivation that I did when I started. Many people from my original team are now taking the lead in new projects as new people join.

Where in the world would you most like to live?
I have lived in so many places that I have learned that you can be in the worst place (or best place) in the world and be happy. I have mostly great memories from all these places.

I used to love big cities but now I am happiest when I am living closer to nature. I love the outdoors and big mountains. I loved being so close to the mountains of Abruzzo when I lived in Rome, but in the past four years, since moving to the UK, my dream place has become the highlands and coast of northwest Scotland.

Why do you do the work you do?
When I first started working at WFP in 2010, I wanted to work for an organization that had a meaningful cause and international scope. I wanted to help others and I wanted to explore the world. As I gained more experience, the connections with the field and people grew stronger. I got to know many of my colleagues from the field. The sense of reward after a successful mission, as well as the sense of belonging to WFP and the humanitarian community, grew strong. There have also been times when my work and social lives have coincided. I was at Everest Base Camp on holiday in 2015 when the Nepal earthquake struck. Being there, I found myself deployed to the WFP office in Kathmandu for the earthquake response.

"I truly love the work that WFP has enabled me to do."

I was tasked to support with the launch and running of the porter programme, a remote area operation that was designed to clear trails and bring food and emergency supplies to remote and inaccessible areas after the earthquake. As well as my usual WFP colleagues, I found myself working with mountaineers, guides and porters – people that I usually rely on for my mountain adventures. I felt this was not just about work. My knowledge of the local and international climbing community put me in a position to be the link and mediator, as well as emergency responder with first-hand knowledge of the beneficiaries and country we were supporting. The following year I experienced déjà vu. I was mountaineering in Ecuador when another earthquake struck. Again, I was deployed to the WFP office in Quito to help with the response. I truly love the work that WFP has enabled me to do.

When have you felt your happiest?
There have been so many moments that it’s hard to single any single one out, but I couldn’t help holding back tears of joy last month when a colleague I had recruited in West Africa messaged me to say he had finally achieved his long-cherished dream of opening a school, with three classrooms and three teachers to begin with. He sent me some photos of the children attending their first day.

The people that work in my teams are more than colleagues – they are like family. We share our dreams and we encourage and support one another to make sure we can succeed as a team as well as individuals. It always makes me happy to see colleagues from humble backgrounds become great achievers. I think back on how I also came from a relatively poor background but managed to get my education and be hired by WFP. I even became the first Lithuanian woman to climb Everest. So of course, I am also happy when I am in the mountains! 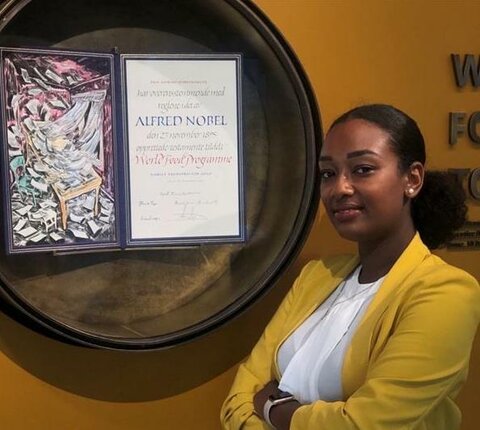 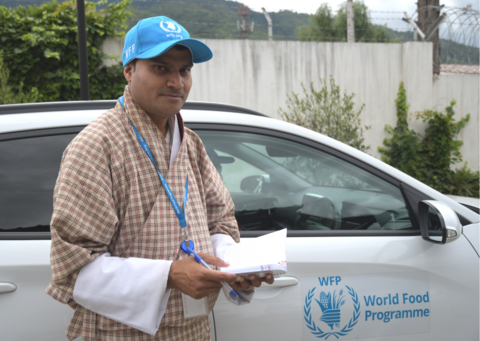 WFP, my work and me…Udaya Sharma 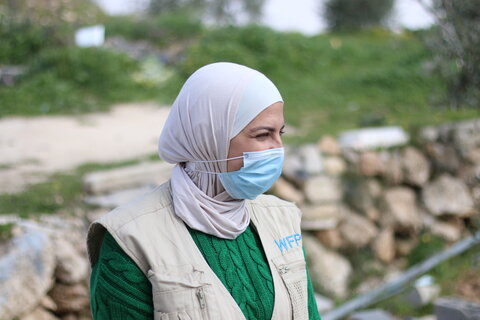