Days of heavy monsoon rains and wind have pounded the refugee camps in the Cox’s Bazar area of Bangladesh since 04 July, leading to loss of life, displacing 5,600 people, and damaging thousands of houses. The destruction is caused by the most significant weather event in over a year, and is was triggered by monsoon weather systems in the Bay of Bengal. Over 45,000 individuals have been affected by weather-related incidents since the end of April, compared to 55,000 affected in the entirety of last year’s monsoon season.

Over the past year, WFP’s engineers and partners have been conducting disaster risk reduction activities for cyclone and monsoon preparedness and have steadily improved camp conditions and humanitarian access. Activities focus on improving and establishing roads, strengthening and clearing drains, reinforcing bridges in the camps, and reforestation. We have constructed roads and bridges, stabilized slopes and prepared new land for construction of safer settlements. Those in the most vulnerable living situations have been relocated to safer, newly developed land in the camps. 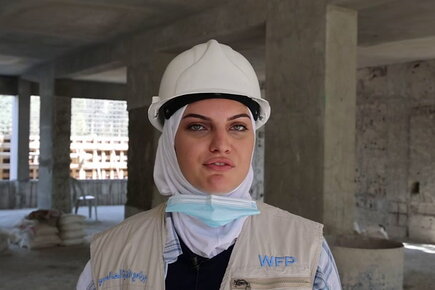