A Damage Assessment Report: The Economic Consequences Of Malnutrition In Cambodia

Malnutrition in Cambodia: the hidden problem that costs up to US$400 million annually.

There are currently 5 million undernourished Cambodian citizens. A study released in December 2013 by the Council for Agricultural and Rural Development (CARD), WFP and UNICEF reveals that malnutrition costs between US$250 million and US$400 million annually or 1.5% to 2.5% of Cambodia’s total annual Gross Domestic Product (GDP).

"The Economic Consequences of Malnutrition in Cambodia: A Damage Assessment Report" finds that: 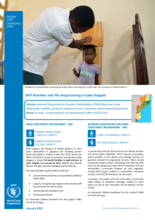 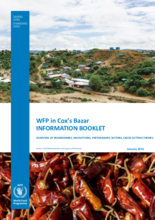