The Government of Congo declared a state of humanitarian emergency following floods which devasted dozens of villages last month. Access to data on the ground helped the World Food Programme (WFP) and its partners  to respond immediately to the nutritional needs of 35,000 people.

Issa Oumarou-Issa, head of WFP's monitoring and evaluation unit in Congo, boarded a helicopter to collect the most immediate data from several districts along the Congo river and its tributaries such as the Ubangii.

Issa was joined by five UN and Government colleagues. Their mission was to evaluate families' needs and to observe the consequences of the worrying rise in water levels in recent weeks.

The group flew over the flooded areas, taking speed boats up tributaries to access flooded villages. Crucially, they also met representatives of the local authorities in the areas they visited areas to get more information on people's livelihoods and incomes.

Issa lists the set of questions designed to identify the most urgent needs and respond to them. (How many health centres are there in this district. Are they located in already-flooded areas. How many pregnant and breastfeeding women and malnourished children were identified before the floods; do they have access to health centres; what is the state of nutritional supply stocks; what was the quality of the water before the floods?

“This mission is the foundation of humanitarian response to the floods. Without it we cannot respond objectively to the needs of the affected populations,” says Issa.

Such missions inform the humanitarian response that WFP and its partners will provide in any given area. Upon returning from the mission, the team offered a debriefing to local partners —next comes a response plan, both immediate and for the longer term.

Numbers and maps
A few weeks ago, WFP partner Cloud to Street sounded the alert that a second year of flooding is on the way. Satellite showed rainfall twice as high as the seasonal average in July; along with rising water levels, soils saturated with water and less and less able to absorb additional precipitation. .

Behind the numbers and maps, there are now entire villages, hundreds of families whose fields, sometimes the only source of income and food, are underwater and unusable. Many decide to flee, with precious few belongings. They go inland and into the forest. Others face food and nutritional insecurity in staying.

“To see families living in the water," says Issa. "Even the running away, moving forward, is only for those who can. The others, who cannot move, are forced to live on water, to reach their homes with a canoe and live on it. It's the first time I was seeing this as it was happening, it really shocked me."

The Likouala, Sangha, Cuvette and Plateaux, departments of northern and central Congo had already experienced terrible flooding in October and November 2019, the sure consequences of climate change in the area. Last year, 250,000 people were affected by the floods and lost all or part of their assets; with houses underwater, 80 percent of crops destroyed in flooded fields, and livestock lost. 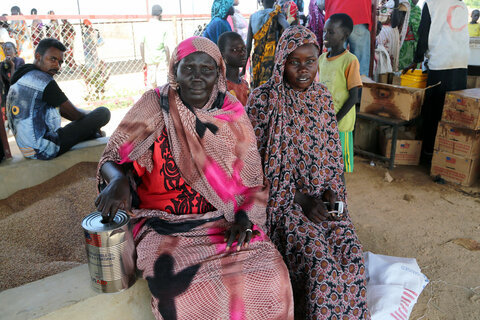 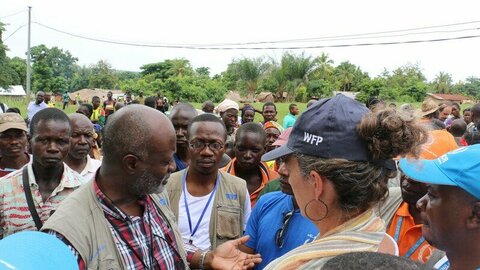 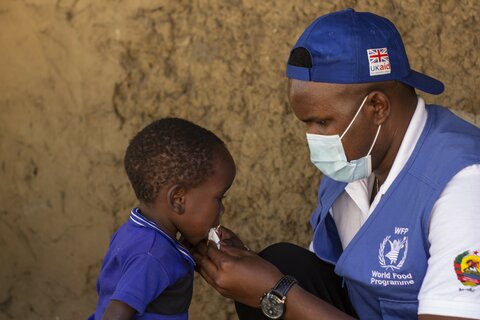