In Kenya’s arid Turkana County, groundnuts equal cash. Agnes Ajuma, 48, is one of the pioneer farmers who has fully embraced the crop.

“When you grow groundnuts, you earn money,” she says.

Agnes and her family live in Kalemnyang village, 70 km south of Lodwar town, near the banks of the Turkwell, the only permanent river in the county.

“I have planted groundnuts and I’m spreading the gospel of groundnuts throughout the [irrigation] scheme,” says Agnes.

Kenya is facing yet another drought. The frequency and intensity of these severe weather events is increasing, pushing families to the brink of starvation.

Livestock – hard currency in these arid lands – have lost weight and are dying out. But for Agnes and others farming along the river, all is not lost.

The World Food Programme (WFP) has built a paved canal from the Turkwell, channeling water 14 km to the farms. This is one of 50 similar schemes along the riverine benefitting 45,000 farmers.

“If it were not for WFP making this canal, through which water is constantly flowing, people would have suffered a lot from hunger,” says Agnes.

Initially, communities planted staple crops such as sorghum and maize. On top of urging farmers to grow leafy veggies, WFP, its UN sister agency the Food and Agriculture Organization (FAO), and the County government have introduced two new crops: groundnut and the orange-fleshed sweet potato.

Both are rich in nutrients, require little water, mature fast and fetch higher prices in the market.

Agnes says that in her younger days, it used to rain a lot more. Now, not so much. High temperatures and low water level in the river make irrigating water intensive crops difficult – but drought tolerant crops can thrive.

“Things have changed. The rainy season goes past without any rain,” she says. “This has not been a good year for us.”

Agnes is not just a farmer but is also one of 27 ‘community-based facilitators’ trained to teach others on how to grow groundnuts and sweet potatoes.

The group’s demo plot, on top of the two new entrants, has a variety of vegetables and fruit trees. Farmers learn new skills at this site - which also serves as a seed multiplication site - enabling trainees to take and transplant vines on their own farms.

“At the moment, I have been training people on groundnuts. I taught for the first time in this demo plot with the groundnuts that are there now,” she says.

Agnes has planted groundnuts and sweet potatoes on her own land and she is eager to expand her field. FAO supplied the first seeds for groundnuts while WFP brought in the sweet potato vines.

“When I heard about groundnuts, I was very happy because I know it means ‘money’,” she says.  “This is the first time for me to sow a large quantity. I know that I will earn a good profit.”

WFP and FAO have linked the farmers to a company that manufactures and sells peanut-based supplements used to treat malnutrition in children to both WFP and UNICEF.

Agnes is excited to know that her crop will end up helping malnourished children in her own backyard. This means more to her than the prospect of a good cash return.

“If I can grow my groundnuts and sell them, and then these groundnuts go towards helping our kids - I am very happy about it,” she says.

At home, everyone’s favourite is boiled sweet potato dish served with freshly fried cowpea leaves. The orange-fleshed variety is highly nutritious and can contribute to fighting malnutrition at the family level. For Agnes, this has become the go-to crop for food. When she harvests a surplus, she chops them, dries them and mills together with maize to make a fortified flour for porridge.

Agnes treasures her own growth courtesy of exposure and training provided by WFP and partners.

“I am now a farmer who knows how to earn an income from growing crops thanks to the trainings,” she says.

The first time Agnes got into contact with WFP, she was collecting relief food rations and later joined the food for assets programme. Today, with the profits from her farm, she has built a home, educated her children, and is running a thriving shop at the trading centre.

WFP's resilience and livelihoods activities in Kenya are funded by the governments of Canada, Germany, Japan, the Republic of Korea, Sweden and the United States of America. 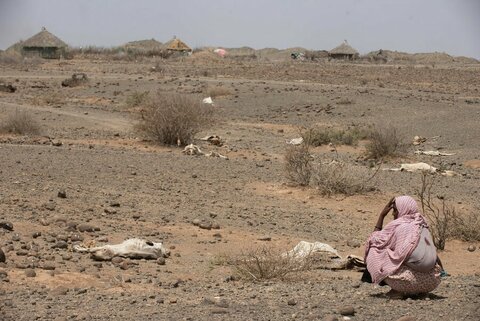 Ethiopia: WFP responds as the worst drought in a lifetime intensifies hunger 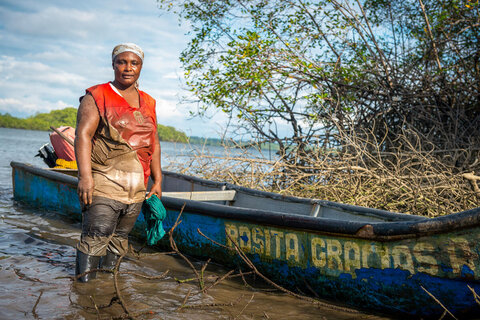