With a gross domestic product per capita of US$422, the country is ranked 164 out of 189 according to the 2020 Human Development Index. Affecting almost half of all children under 5 – the world’s tenth highest rate – chronic malnutrition is considered as one of major public health concern in Madagascar. The costs associated with child undernutrition represent 14.5 percent of the country’s GDP.

The Grand Sud region has been struck by back-to-back droughts during the 2019/2020 and 2020/2021 rainy seasons. This has had a disastrous impact on agriculture and forced people to resort to desperate survival measures, such as eating locusts, raw red cactus fruits or wild leaves.  The food security analysis (IPC) conducted in April 2021 revealed that 1.14 million people in the region need urgent assistance (IPC Phase 3 or above), and 14,000 of these are critically food insecure in Catastrophe phase (IPC Phase 5). From October to December 2021, corresponding to the lean season period, with insufficient food stocks, high prices of staples due to COVID-19 and related restrictions, and poor employment opportunities, the food security situation will likely worsen, bringing the number of people in need of assistance to 1.31 million.

In Madagascar, the World Food Programme (WFP) addresses the immediate food needs of disaster-affected vulnerable populations through unconditional food assistance.  WFP also strengthens communities’ resilience through conditional assistance, distributing food for community assets creation or rehabilitation and supporting the access of smallholder farmers to markets. We provide nutritional support to children, pregnant women and girls and nursing mothers for the prevention of acute malnutrition, while also supporting the treatment of moderate acute malnutrition and improving educational outcomes by ensuring child have access to nutritious food through its school meals programme.

WFP’s work is concentrated in the disaster-affected southern, south-western and south-eastern regions.

WFP supports the prevention of COVID-19 and addresses its socio-economic consequences on vulnerable population in three specific areas: social protection to support household consumption during the crisis and economic recovery thereafter; food and nutritional assistance to food-insecure, malnourished and at-risk populations and logistics and supply chain coordination systems to strengthen government and other stakeholders’ ability to respond to the pandemic. 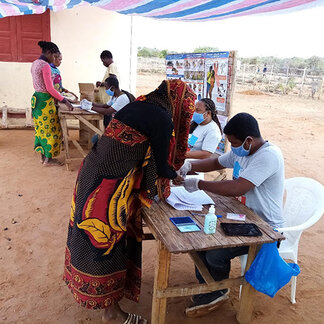 In the Grand Sud region, where food insecurity levels are highest, WFP is targeting to reach a million vulnerable people with emergency food assistance, combined with supplementary food to prevent malnutrition and malnutrition treatment for children under 5. 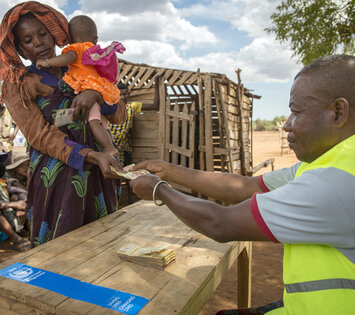 WFP provides support for the prevention of malnutrition and vitamin and mineral deficiencies among women, men, boys and girls. It also supports the Government’s efforts to increase the availability of high-quality fortified foods, in line with national commitments under the Scaling Up Nutrition initiative. 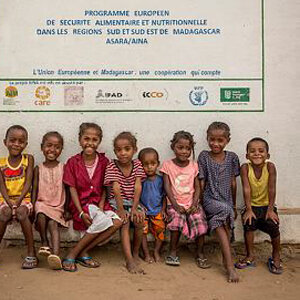 WFP provides school meals with the support of the Ministry of National Education and is helping to develop a national school feeding policy and a home-grown school feeding programme linked to smallholder farm production. This will help diversify food consumption, increase school retention rate and improve children’s ability to learn. 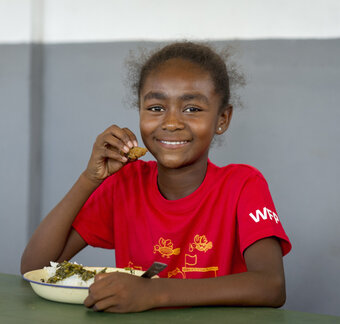 WFP works with the Government to improve smallholder farmers’ livelihoods and resilience to climate shocks by strengthening their skills and ability to access and use productive assets, climate information, financial services and markets. WFP will focus on understanding and addressing the challenges faced by women in rural communities, who are often cut out from owning land and agricultural assets, and face discriminatory customary practices. 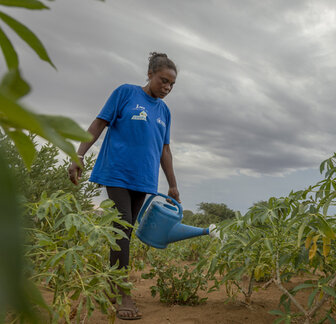 WFP supports the National Disaster Management Authority and the national institute of statistics in integrating the food security, vulnerability and nutrition assessments of different agencies into a single process that operates from the village to the national level. Backed by climate early warning, seasonal forecasts and seasonal agricultural data, this approach will enable government, humanitarian and development actors to implement preparedness and early response actions as part of a comprehensive, shock and gender-responsive social protection system. 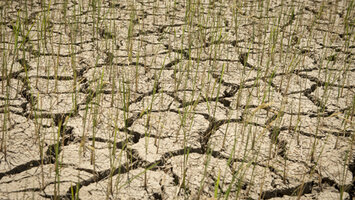 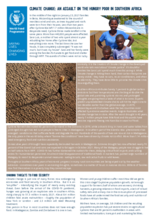 Food systems in Southern Africa : Drivers of change and opportunities for influence 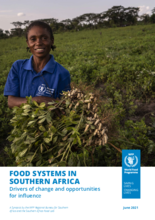 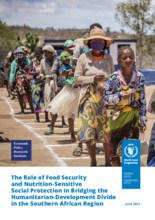 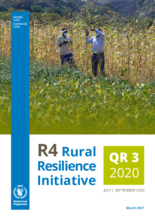 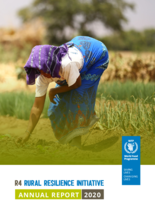