“We came to Zambia because we were afraid of dying,” says Mulumbwa, 25. “People were being killed and beheaded. By the time we arrived, we were exhausted. My children were very unwell and had lost a lot of weight.”

In 2017, Mulumbwa, her husband and their two children left all they had in the Democratic Republic of the Congo (DRC) to seek refuge in Zambia. They travelled by foot for two weeks to reach the border.

Now they are among 17,200 refugees living in the Mantapala settlement in the northern province of Luapula in Zambia — 60 percent of whom are children.

The World Food Programme (WFP) is at hand, providing monthly cash grants to 90 percent of residents.

Until last year, WFP provided all refugees with a monthly food basket consisting of fortified maize meal, specialized nutritious food, beans, fortified oil and iodized salt. But the cash allows families to buy the food of their choice in local markets.

“The specialized nutritious food helped my children to recover,” says Mulumbwa. “But we had to travel to the nearest town on bicycles to sell some of that food [in order] to buy other food items like fish that we did not receive.”

Her family’s favourite meal is chicken and nshima — a staple dish of maize, flour and water. The cash assistance also empowers Mulumbwa to do business. “I formed a savings group with four other refugees,” she says. “I started to save 50 kwachas [US$2.75] every time we received a payout. After a few months, I used my savings to set up a business buying and reselling fish, cooking oil, tomatoes and onions at the market.”

She adds: “The business has really helped me. I can now afford to buy soap. I can also buy and feed my family with foods like fish.”

Meanwhile, Elvis Chiwafwa, head of WFP’s field office in Nchelengerising, is worried about rising food prices. WFP keeps a close eye on the market, he says. “At the start of the year, a litre of cooking oil went for around 20 kwacha,” he adds. “Today, it sells for around 40-50 kwacha. Because of the speed [at which] prices are rising, we are conducting market assessments every six months to inform the cash value given to the refugees.”

Most of the refugees here have fled political and ethnic violence that broke out in the run-up to the 2018 elections in DRC. People who have been here longer run small shops that sell food and handmade clothes.

They’ve built homes, settled into their community and made new friends. Naomi, a 22-year-old single mother, came to Zambia at the end of 2020 with her elderly mother and three young children.

Her smile quickly disappears when she describes her journey and the impact it had on her family: “We left by foot for Zambia.” Almost a week later, they reached the border. “We were pleased when we arrived, but my children were very sick. Life’s been really hard for them,’’ she says.

For Naomi, cash assistance means that she can feed her children and dedicate a part of it to buy medicines.

“I’ve been using the cash assistance to buy maize grain, cooking oil, salt, Chinese cabbage, cassava and fish. I’ve also been buying some medicine to help my children when they aren’t available in the clinic in the settlement,” says Naomi.

“Without the cash assistance, my children and I would die of hunger.”

She hopes that her children will continue to get better and that WFP’s life-saving support will continue until they have found a sense of normality in Zambia. 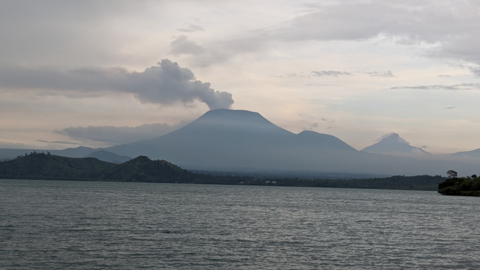