Author and broadcaster Elizabeth Nyamayaro is a special adviser to the World Food Programme and the host of its ‘Better Food, Better World’ podcast – below she issues a stark warning about what’s at stake if we don’t tackle inaction over climate change
16 October 2021, By Elizabeth Nyamayaro
Food Security
Zimbabwe 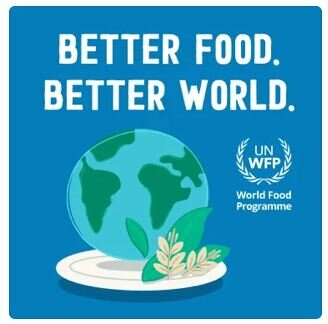 Ahead of World Food Day on 16 October, the World Food Programme (WFP) is warning that without urgent action to address the climate crisis, the number of people going hungry will rise exponentially.

This is a critical message two weeks before global leaders meet in Glasgow for COP 26 to discuss, literally, saving the world as we know it.

If we don’t move now to restore degraded ecosystems and help vulnerable communities adapt to climate shocks by anticipating climate hazards, the consequences will truly be devastating – and I should know.

As I describe in WFP's 'Better Food, Better World' podcast, I was eight years old, a severe drought devastated my small village in Zimbabwe. A blistering heatwave dried up our river; it destroyed our crops, killed our livestock and left us starving. One day I was so weak from hunger that I collapsed onto the ground. In fact, in my young mind, I thought I was going to die. Fortunately, a fellow African who worked for the United Nations found me. She gave me a bowl of porridge and saved my life.

Several decades later, it is unfathomable that hunger, the very same issue that almost took my life, remains rampant and continues to claim the lives of many.

Even as we grow enough food to feed everyone as a society, one in nine people still goes to bed hungry, and malnutrition remains the leading cause of death and illness globally. So, how else might we solve global hunger? Beyond addressing conflict and other structural and systemic root causes, we need to change the way we think of food – not as a commodity, but as a fundamental human right – and, as a consequence, change the way we produce and consume it.

During my childhood in the early 1980s, famine was primarily perceived as an ‘African problem’. Today, hunger and malnutrition continue to disproportionately impact the African continent as well as developing countries that bear the brunt of the effects of climate change.

Droughts – like the one that hit my own community – and other extreme weather events such as floods, storms and heatwaves, increasingly threaten the lives and livelihoods of people who have done nothing to contribute to climate change in the first place. Paradoxically, the countries most affected by these phenomena are the ones that contribute the least towards the greenhouse emissions at that cause them.

Then there is food waste. One third of the food produced for human consumption is either lost due to poor storage or wasted at the consumer end in rich countries — when food goes uneaten or is left to spoil in fridges and kitchen cabinets.

Global food waste is the third-largest producer of carbon dioxide – after, that is, the USA and China, further compounding the effects of climate change on communities in the developing world.

To end hunger, we need to stop considering it someone else’s problem: this is a shared responsibility requiring global solidarity in both developed and developing nations. The equation is simple, if we are all part of creating the problem in the first place, then we must all be part of the solution.

Now more than ever, we are seeing that our individual actions and behaviours can indeed impact the lives of others in different parts of the world. This understanding shaped my upbringing and lies at the heart of the ancient African wisdom of Ubuntu – ‘I am because we are’.

Ubuntu recognizes that we are all part of a greater whole, connected to each other by our shared humanity – the very same shared humanity that helped to save my own life. This wisdom acknowledges that our happiness and suffering are closely linked to the happiness and suffering of others - thus, what impacts one of us will eventually impact all of us in various ways. And most notably, that our ability to overcome any challenge requires all of us to work together as a global community.

17 September 2021 Unstoppable: The indigenous women producing quinoa bars amid drought and the coronavirus pandemic in Bolivia