The first time Lamya Badrkhan visited the Sakhour bakery in Aleppo, she walked into a shell of a building, looked around and wondered how she would ever rebuild it.

It had been seven years since families last stood in line and went back home with arms full of warm bread for breakfast. Years of conflict had severely damaged a bakery that the community relied on, reducing it to nothing but distant memories.

As an engineer with the World Food Programme (WFP), it became the 30-year-old’s  job to bring bread back to this community. “My first thought was, this is impossible, it cannot be done,” she says.

Four months later, there she was in the bakery with a piece of fresh, puffy, flatbread in her hand. Today, the Sakhour bakery provides fresh bread to 120,000 people.

Before the conflict in Syria, which is now more than a decade old, Aleppo was a stunning inspiration to the little girl who wanted to be an architect, its streets filled with historic buildings, ancient markets and stores brimming with spices, carpets and colours.

“Aleppo is one of the oldest continually inhabited cities in the world, so when you walk through it you can see the history of how architecture developed over time,” says Lamya.

But, over the years, building after buildings was destroyed –  Lamya’s hometown became unrecognisable around her.

“I have always wanted to be well known as the engineer that builds beautiful, practical, sustainable buildings,” says Lamya. “But after I saw and lived through what happened to the Syrian cities in and particular to my hometown of Aleppo, this passion changed.”

So she enrolled in Aleppo University’s Faculty of Architecture.

Upon graduating, she worked for two years rehabilitating damaged apartments.

“After a while I thought that mixing food assistance with engineering would be an amazing thing to do and a chance to help people in a completely different way. So I decided to join the World Food Programme.”

Reviving a bakery and a community

One of Lamya’s first tasks was to rehabilitate two bakeries in Aleppo city. These are both in neighbourhoods that were heavily affected by conflict. Their absence forced families  to walk long distances each morning to collect bread.

“In Syria, the levels of destruction are huge, and beyond people’s imaginations. It’s easy to look at something and say, ‘we can’t fix it, let’s leave it’ —- but not WFP,” says Lamya. “I have learnt a lot about the importance of tackling hard projects that will make a huge difference in people’s lives.”

“When my colleagues and I were doing the assessment at Sakhour bakery, a 9-year-old boy approached me and asked, ‘What are you doing here?’ I told him we are going to rehabilitate it, and the boy smiled and ran back to his mother shouting ‘Mum, mum, they will build the bakery again!’

“This was one of the moments I will never forget. I felt that we have a huge responsibility not to let people down.”

Lamya adds: “Being a humanitarian worker means everything to me and I am proud to serve my community. It is something that gives me so much satisfaction. When I rehabilitate a bakery, we are not only restoring a facility, but also providing people with job opportunities, helping families to return to their homes and settle there. This means there is hope for a better future.”

“On the day when the Sakhour bakery opened, I remembered looking back at my first moments there, when I thought it couldn’t be rehabilitated. Then I saw the bread all around me. Now we are able to help people on such a large scale, at a city level. This job with WFP taught me that nothing impossible, and this is an amazing feeling.”

“The beautiful thing about working with WFP as an engineer as well is that you see the final results and you compare a building from how it was before, to now. This is very rewarding and gives people a push to keep moving forward.”

Being a female engineer, Lamya knows she’s in a unique position to encourage other women to choose this as a future career.
“When the Qadi Askar bakery opened in Aleppo, people were lining up to buy bread. I was standing to the side and a lady came up to me and asked: 'are you the engineer that was supervising the work?'

I told her that yes, I am. She said 'I was always watching you through my window and I was always impressed and surprised to see a woman doing this. This is the first time I’ve seen this before.' This was one of the most rewarding moments, and I felt like all of the challenges were worth it.

I know I can’t change people’s gender perspectives, but I can send a signal that things are changing.”

Now that both bakeries are open, Lamya’s looking ahead to future challenges, both for herself and her country.

“My dream is to open my own company, where I can transform existing buildings on a budget. I want to bring function and beauty together and help people to make the best use of the space they have, rather than look for a new home.”

“To me, Syria now is like a puzzle. The pieces have mixed up and need to be re-arranged in order to see the beauty again. This will require a lot of time, but I know that we can do it.” 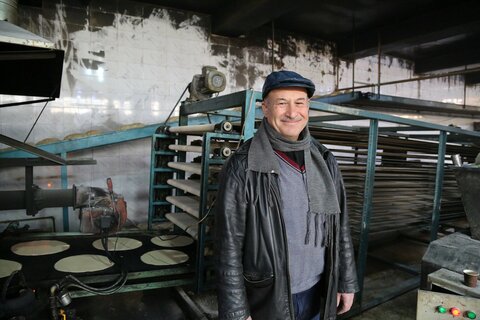 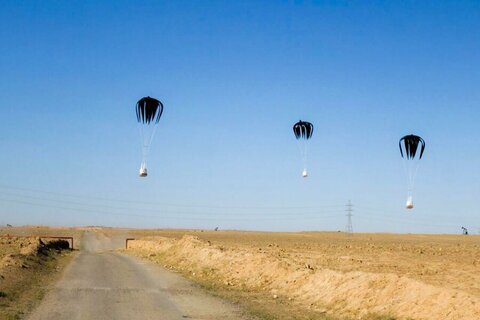