From Afghanistan to Zimbabwe, extreme weather linked to climate change is causing misery and hunger for millions of people – 811 million are currently going hungry around the world, a figure that will balloon exponentially if the 196 countries that signed up to the Paris Agreement in 2015 do not fulfil their obligations.

COP26, the UN’s big climate change summit in Glasgow, sadly fell far short of the groundbreaking success many had hoped for.

Governments did commit to reducing greenhouse gas emissions but not enough to stay below the limit of 2C above pre-industrial levels.

It is critical for the world to recognize that no one is exempt. Mitigation is crucial but the humanitarian sector cannot wait for emission reductions. We must adapt now or face unprecedented needs.

This year there have been devastating floods in Germany and New York. Italy registered the hottest temperature ever recorded in Europe – 48.8°C. Wildfires wreaked havoc on popular holiday destinations in Greece and Turkey.

Ethiopia, Madagascar, South Sudan and Yemen are among countries where 584,000 people currently face famine-like conditions as climate change intersects with the other huge driver of hunger, conflict – pushing 45 million to the brink of famine. This number has risen from 27 million in 2019.

World Food Programme (WFP) climate and disaster risk prevention chief Gernot Laganda explains: “Natural resources such as clean water and fertile land are becoming scarce and competition over these resources is becoming fiercer. This is leading to a toxic interplay between the climate crisis, conflict and hunger.”

According to the latest figures, if the earth’s temperature were to rise 4°C above pre-industrial levels, 1.8 billion more people would be pushed into hunger. For a measure of the challenge that would pose, consider: WFP, with a 20,000-strong workforce across more than 80 countries, currently aims to reach 100 million people.

At the two-week conference hosted by the UK and Italy in Scotland, it is not just the fact of the climate crisis that WFP, other UN agencies and humanitarian partners sought to highlight, it’s our collective duty to assess how we are responding, to collaborate, coordinate and act.

As UN Secretary-General Antonio Guterres puts it: “Our fragile planet is hanging by a thread... It is time to go into emergency mode — or our chance of reaching net zero will itself be zero.”

He adds we must: “build [the] resilience of vulnerable communities against the here-and-now impacts of climate change. And make good on the $100 billion climate finance commitment to support developing countries.”

Emergency response is a core aspect of WFP’s work, as the organization showed following cyclone Idai in Mozambique in 2019 and more recently after the earthquake in Haiti.

But what we prefer to do is see climate hazards coming before they turn into disasters – using early-warning data to trigger financial support; restoring degraded ecosystems as natural shields; and protecting the most vulnerable with safety nets and insurance against climate extremes.

WFP climate risk management reaches more than 6 million people in 28 countries. In Bangladesh, in July last year, WFP supported 120,000 people with cash assistance four days ahead of severe flooding that was forecast along the Jamuna river. This money was used by people to buy food and medicine, protect critical assets, and transport livestock and families to safe places.

By using early warning data to trigger early action, WFP empowers households to prepare for flood impacts and prevent losses and damages. This reduces the cost of the emergency response.

In Central America, WFP has supported over 32,200 vulnerable people across the ‘dry corridor’ in El Salvador, Guatemala, and Honduras to adapt to the impacts of drought and improve livelihoods through activities that create incomes.

In southern Madagascar, WFP’s launched a microinsurance programme for farmers in the drought-afflicted districts of Amboasary and Ambovombe. After a failed first planting season, nearly 3,500 households received payouts of US$100 each to cover the full loss of their maize harvests.

In the wake of COP26, we want governments to recognize the importance of shifting from crisis response to risk management – and to achieve this we need commitments to more predictable, flexible, and longer-term funding.

Fostering a spirit of collaboration is critical. Humanitarian organizations are experienced risk managers. They must be recognized as a resource for governments in their efforts to increase the resilience of food systems. These are broken and need to be fixed.

The good news is they can be – just about. But we must act now. 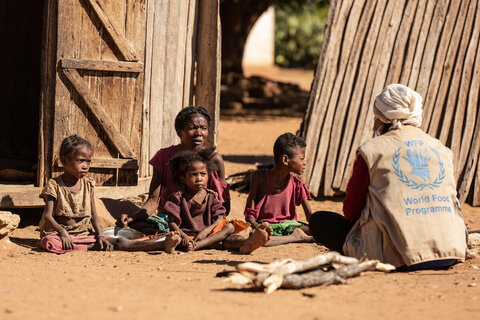 COP26: ‘To fix the climate crisis we must address broken food systems’ 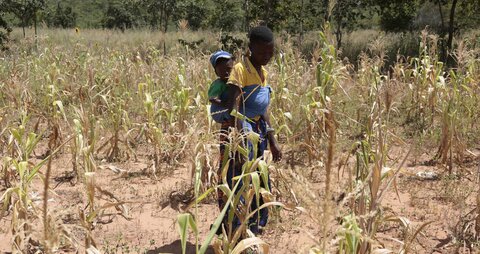